Canadian cryptocurrency exchange claims to be hacked and suddenly disappears 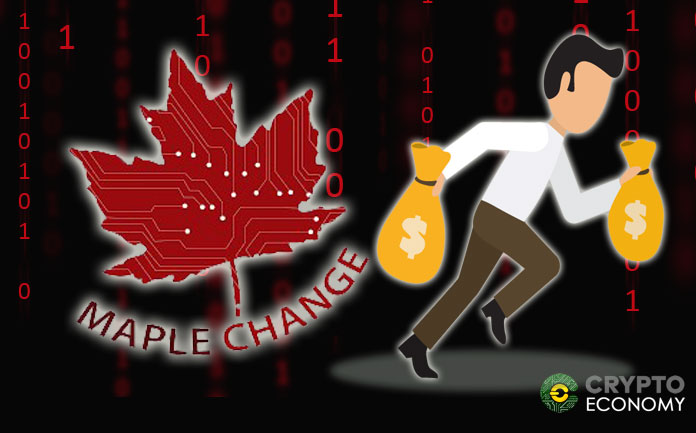 A little known cryptocurrency exchange in Canada announced today that it has been hacked and lost all its funds. This may not be surprising news, however what makes this announcement surprising is that the exchange quickly announced that it was shutting down.

The Alberta Canada based MapleChange posted on Twitter that it lost all its funds due to a bug in their system. According to them, “they had no more funds to pay anyone”.

Exit scams are an ever present reality, not just in the crypto space but in all forms of businesses that keep people’s money. Its preponderance in cryptosphere is such that it is difficult in recent times to predict those projects that have come to stay.

What makes the MapleChange exit scam remarkable is that it is not a common occurrence to have scammers use exchanges as a channel of theft. There are many other niches such a gambling that have been preferred by fraudsters.

As rare as this may be, the MapleChange ‘hack’ has all the signs of scam since there is absolutely no need for the firm to delete its social media accounts. 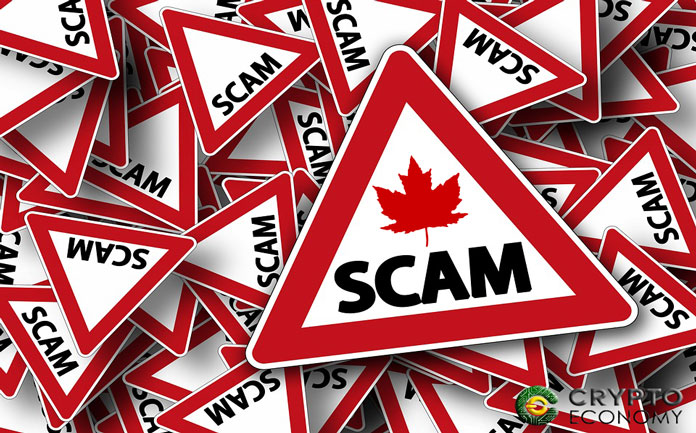 Exchange hacks are nothing new in the industry, so we are all aware of the approaches and remedial measures employed by crypto exchanges when the unfortunate circumstance arises. This year, there has been at least 3 exchange hacks and there has never been a situation warranting deletion of accounts.

By their action, the promoters of MapleChange only proved that it was a premeditated fraud that they initiated for this purpose. The time lag between the announcement of the ‘hack’ and deletion of the accounts point to this fact.

There are clear indications also from the timing of the announcement and deletion. Being a Sunday morning, the exchange operators are aware that most users would not be in business mood at the time they made the announcement while many others would be fast asleep depending on their time zones.

An analysis of the website shows that its domain was registered by GoDaddy by one Flavius P. In recent weeks, its analytics has seen a spike in activities indicative that the business has gained more customers.

“Looks like they deleted their account. I figured they would since they also deleted their discord and some other social media accounts. My guess is this was an inside job/exit scam connected to the recent site upgrade.”