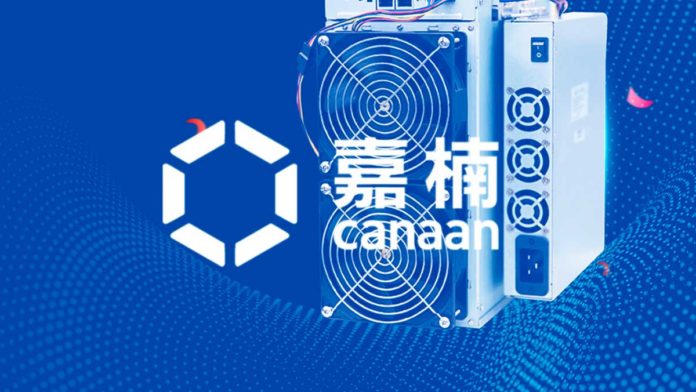 Canaan Creative, one of the leading manufacturers of bitcoin mining equipment has recently reported a net loss for the year 2019 amounting to $148 million.

The unaudited financial report was filed this week with the Securities and Exchange Commission (SEC). Net revenues for the year were $204.3 million, which is a little over half of the revenues generated by the company the previous year.

In 2018, the company generated $384 million despite the market correction that lasted for the better part of 2018 and stretched into the first quarter of 2019.

The Hangzhou, China-based company performed impressively well in Q4 2019 as compared to the same period a year prior.

It will be remembered that Q4 2018 represented the worst market correction in the nascent cryptocurrency history earning the title ‘Crypto Winter.”

Between Q4 2019 and 2018, Canaan saw revenues increase by a considerable 67% in the former as opposed to the latter bringing the net figure to $66.5 million.

The company attributed the gains to the increased hash rate contribution of its Avalon machines to the Bitcoin network in this period. According to the earnings report, the company’s customers contributed an extra 2.9 million TH/s in the Q4 2019 which is about 88.6% increase from the same period in 2018.

Canaan Creative successfully filed to list its shares on NASDAQ last year despite its origins in China. It became the first cryptocurrency mining equipment manufacturer to list with the SEC with similar attempts from competitors such as Bitmain not being as successful.

The company went public in November 2019. According to its prospectus, the company revealed that it was selling its Avalon 10 series machines at a retail price of $750, a marked increase from its previous two generations retailing for $354 and $600 for the Series 8 and 9 respectively.

Canaan has recently fallen victim to a lawsuit in which one of its investors claimed the company violated the Securities Act of 1993. The plaintiff argues that the company made some misleading statements about its financial data thereby violating the U.S securities laws.

The legal battles, the deteriorating profitability and the fact that its machines are becoming worse for wear considering some of its competitors such as Bitmain are launching more powerful machines have seen its share price fall more than 60% from its listing price back in November 2019.

0
There is an air of excitement in the cryptocurrency space as the market regains some of its lost value. Bitcoin, the leading cryptocurrency by...
Read more
- Advertisment -