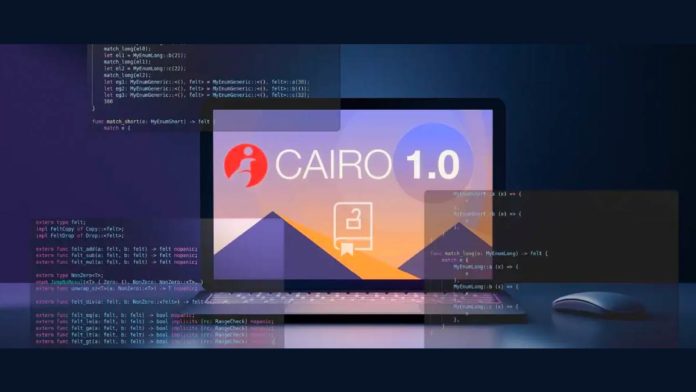 As a first step towards community control, StarkNet released Cairo 1.0 as an open-source language. Meanwhile, to scale effectively, the company prioritizes scalability over comprehensibility and transparency.It is currently working on releasing the code that powers its technology to the public. This decision was made by the team in a tweet.

The day has come: a first look into Cairo 1.0, fully open-source 🦀

This is a big step towards open-sourcing the StarkNet stack

You can now get familiar with the new syntax, compile and run simple programs locally. #StarkNet support is coming soonhttps://t.co/0tdZDhopEP

A Turing-complete programming language with verifiable computation was released in 2020 by StarkWare, a company specializing in creating software for the web. Since Cairo was originally designed as an assembly language, it has gradually become more expressive over time. The Cairo Project released Cairo 1.0 nearly two months ago, which addressed quite a few issues that are currently present at the moment.

As part of the above goals, StarkWare has achieved its first milestone today with the move of the development to a public repository, and the release of Cairo 1.0 as open-source!

The capability of compiling and executing basic native Cairo programs is currently available to you. There are still a number of improvements in syntax/language that need to be made, however, this allows users to adjust to Cairo 1.0 and enjoy upgrades as they become available.

As a result of Cairo 1.0, blockchain developers will be able to write and deploy smart contracts to StarkNet once it has been deployed into production, according to StarkWare’s Medium post.

In addition to this, StarkWare has noted that Cairo 1.0 has made each computation provable, which enables StarkNet’s censorship resistance properties to be strengthened; in addition, it will be better positioned to deal with Denial-of-Service attacks.

STARK, StarkWare’s proprietary technology stack, is currently used to power a number of Web3 projects, particularly dYdX, a decentralized exchange platform (DEX) that is moving to Cosmos as well as Immutable X and Celer Network, a blockchain interoperability protocol.

A report from the Cairo Compiler, which is scheduled for release early next quarter, mentions that the Cairo Compiler’s primary objective will be to support the StarkNet functionality that was already available in Cairo 1.0, which will be supported in the first version.

Further, the team is developing a native notion of StarkNet gas, as well as extensions to the Cairo 1.0 compiler  such as loops, new library functions, and the ability to define a native concept of StarkNet gas