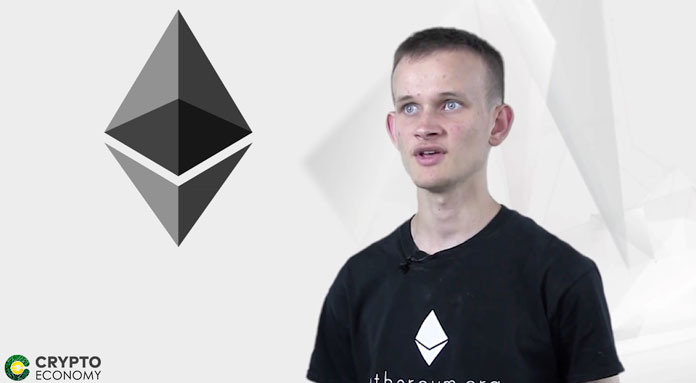 There have been insinuations that Vitalik Buterin, the Ethereum co-founder is considering scaling back on his contribution in the Ethereum project.

The genesis of the news that Buterin would be limiting his commitment to the project was a November 1 report by MIT Technological Report which claimed that the reason for the decision is that Ethereum cannot achieve true decentralization if Buterin continues to head its development.

According to the report titled, “Ethereum founder Vitalik Buterin says his creation can’t succeed unless he takes a step back”, Buterin has already stepped back in the decision making process of the foundation.

The section of the post by MIT Technological Report quoted Hudson Jameson of the Ethereum Foundation, a nonprofit that supports the development of the Ethereum protocol as saying “Indeed, Buterin is already out of the decision-making in a lot of ways. That’s something that I think is really really important for the ecosystem to thrive and become more decentralized.”

The report which stated that it was more in the interest of the platform for the founder to reduce his leading role also stated on the progress made by the network under the leading role of Buterin:

“All these improvements are meant to be featured in Ethereum 2.0, the specifications for which Buterin has been instrumental in writing and finalizing.”

Nonetheless, he says, his involvement in the project has amounted to “a significantly smaller share of the work than I had two or three years ago,” adding that downsizing his influence is “something we are definitely making a lot of progress on.”

Responding to the report that he is withdrawing his input on the network Buterin wrote:

“No, I’m saying I’m continuing to focus on research but am less ‘in charge’ than ever. It’s about addition of other people’s work, not subtraction of my own.”

He highlighted that his focus at present is that other developers contribute more in the project emphasizing that he would continue to work for its advancement.

The MIT post is not as misleading as its title because of a section that emphasized Buterin saying that the project must not depend on him. However, that does not imply that he was leaving or stopping his contribution to the platform he founded.

A recent statement from the Ethereum Foundation said:

“While the program continues to grow, we will increasingly continue to involve more community members in the decision making process. The Grants Program today is vastly improved from just earlier this year, thanks to all the helpful feedback from the community, allowing us to provide better public tools and infrastructure,”

The Etheum Foundation has continued to make effort at creating a truly decentralized platform. A report by Octoverse shows that the platform is the fifth fastest growing open source project.