Bukele responds to the United States Senate: Don’t try to control something you can’t control 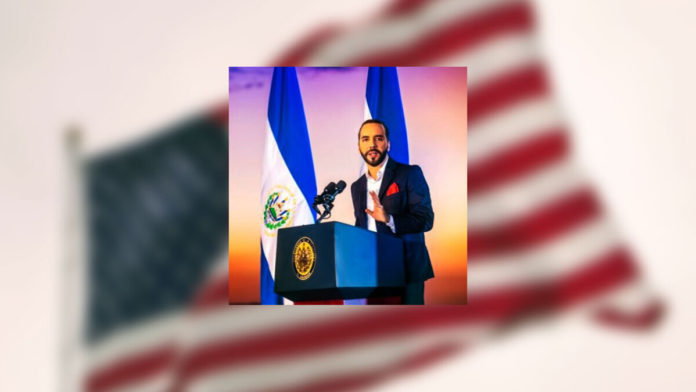 You have 0 jurisdiction on a sovereign and independent nation.

We are not your colony, your back yard or your front yard.

Stay out of our internal affairs.

Don’t try to control something you can’t control 😉
https://t.co/pkejw6dtYn

“OK boomers… You have 0 jurisdictions on a sovereign and independent nation. We are not your colony, your back yard, or your front yard. Stay out of our internal affairs. Don’t try to control something you can’t control.”

As mentioned in the tweet, Bukele tells the Americans they can’t control what happens internally in another country. It’s a considerable response from El Salvador that tries to save itself from economic crises with the help of Bitcoin and cryptocurrencies. But what was the subject of the latest legislative proposal from the United States Senate Committee on Foreign Relations?

“El Salvador’s adoption of Bitcoin as legal tender raises significant concerns about the economic stability and financial integrity of a vulnerable U.S. trading partner in Central America. This new policy has the potential to weaken U.S. sanctions policy, empowering malign actors like China and organized criminal organizations. Our bipartisan legislation seeks greater clarity on El Salvador’s policy and requires the administration to mitigate potential risk to the U.S. financial system.”

According to the notice, the State Department report will be required to include the following information. An examination of El Salvador’s use of Bitcoin as legal cash, as well as the implications of this adoption for cybersecurity, economic stability, and democratic government in the country. In addition, there is a plan to manage potential threats to the financial system in the United States.

It is unclear whether the United States will be able to do anything in response to El Salvador’s decision to adopt Bitcoin. It appears that the United States is looking for measures to mitigate potential hazards to its own national security. However, as you can see from the paragraph above, the president of El Salvador is never satisfied with any new suggestion.

0
In a speech to legislators on Thursday, Federal Reserve vice chair Lael Brainard predicted there could be a digitized US dollar alongside stablecoins in...
Read more
Bitcoin News

0
The US Representative for California, Norma Torres, tweeted about the dangers of El Salvador's government adopting Bitcoin. It comes with a detailed article outlining...
Read more
CryptoNews

0
A bill called the Accountability for Cryptocurrency in El Salvador (ACES) Act introduced by three US Senators back in February 2022 has been passed out by the senate committee that would allow the US to monitor remittances to El Salvador and many other country’s affairs.
Read more
- Advertisment -
Posting....