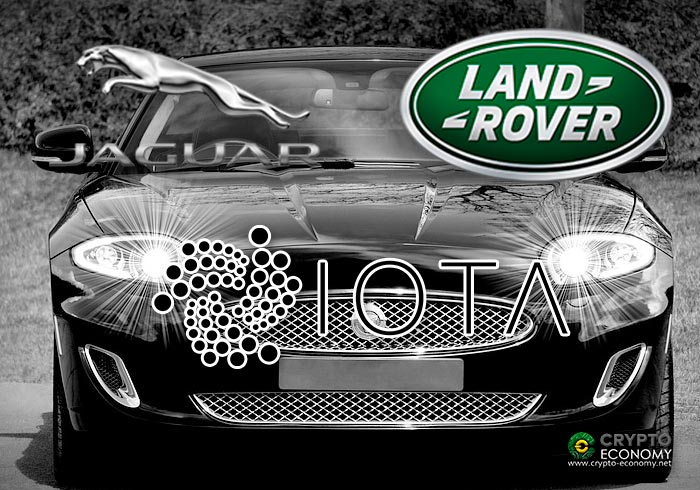 Although at the moment Jaguar Land Rover is testing how to incorporate blockchain into their brands and harness its power, their primary goal is to develop a universal coin rather than developing jaguar coin or BMW coin. Moreover, the manufacturer’s goal is to achieve zero congestion, zero accidents and zero emissions through their IOTA universal token, Jaguar Land Rover is achieving its dream.

For IOTA its algorithms are suitable integration into vehicle systems since their transactions are free and Jaguar has positioned itself well to harness the IOTA algorithm. Through IOTA, Jaguar drivers can now share data with other agencies and earn rewards from their activities. The latter will be automatic; hence drivers won’t be distracted during driving. Through their vehicles sharing data such as potholes to authorities in navigation agencies or traffic congestion, car owners will earn tokens.

Moreover, Jaguar Land Rover car owners can also earn more tokens through participating in ridesharing programs. Besides earning tokens, one can spend them at parking lots, use the tokens to pay for tolls and also pay their electric vehicles charging fees. For the latter case, IOTA already has systems in place since it has a working memorandum with ElaadNL a firm based in the Netherlands that operates charging stations. Through their partnership with IOTA, drivers of electric vehicles can pay their bills in crypto so it would be easy to implement jaguar Land Rover drivers to enable them to pay for their bills via a token. Besides Jaguar and ElaadNL, IOTA has already signed working memorandums with other vehicle manufacturers in the US. The partnerships are worth billions of dollars and will enable smooth implementation of blockchain into the automotive sector. Through its new partnership with Jaguar Land Rover, the price of IOTA went up 17% after news of the partnership reached the public domain.