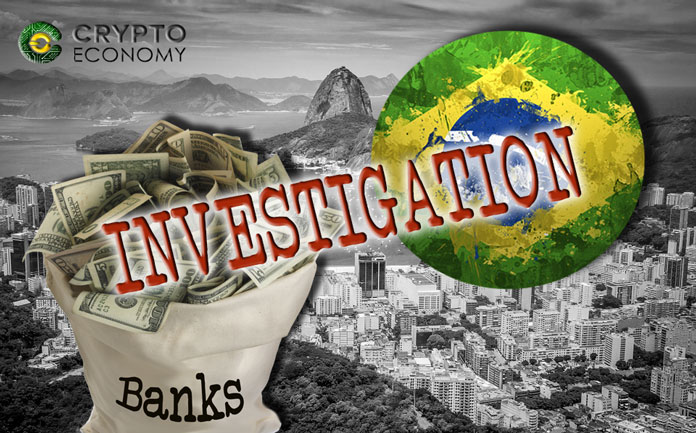 Brazil’s antitrust regulator, the Administrative Council for Economic Defense (CADE) has recently launched an investigation into six major Brazilian national banks to determine whether they are purposefully harming cryptocurrency exchanges by restricting their operations by arbitrarily closing their accounts.

The banks under investigation are Banco do Brasil SA, Banco Bradesco SA, Itau Unibanco Holding SA, Banco Santander Brasil SA, Banco Inter and cooperative bank Sicredi. The investigation was requested by the Brazilian Association for Cryptocurrency and Blockchain (ABCB) after ABCB received several complaints from brokerages having their accounts closed without merit. In June, for example, the account of local crypto trading platform Atlas Quantum was closed abruptly by the Banco do Brasil and has remained closed for close to three months now.

CADE has stated that it will target the six main national banks to determine whether they are abusing their market positions by curtailing completion from these cryptocurrency brokers. A report cited by Reuters from CADE states that “the main banks are imposing restrictions or even prohibiting … access to the financial system by cryptocurrency brokerages.” Its also stated that the information that CADE has collected thus far confirms indeed that the banks are using their monopolistic positions to stifle competition from the brokerage firms.

However, the banks have argued in defense claiming that they closed the said accounts due to the lack of client data which is required by law to prevent money laundering practices. An antitrust expert contacted by Reuters said that,

“…illicit activities should be avoided and banks should take restrictive measures when there are indications of crimes committed by their account holders… However, it does not seem reasonable for banks to apply restrictive measures a priori on a straight-line basis to all crypto-currency companies, without examining the level of compliance and anti-fraud measures adopted by individual brokerage firms…”

Following this announcement that was made on Tuesday by CADE, the Banco do Brasil, which is the largest bank in Brazil and Latin America measured in terms of assets responded to Reuters saying that the bank is committed to “competitive practices based on ethics and respect for free competition”. Itaú Unibanco released a statement that it is “confident that its conduct will be considered legitimate.”

The cryptocurrency industry is booming in Latin America and Brazil is one of the leading countries. Forbes has reported increasing cryptocurrency activities in Brazil which has seen over $2.4 billion worth of cryptocurrency being traded in 2017 as compared to $160 million which was traded over the same period in 2016.

The Commission has reported previously that Brazilian investors have enthusiastically taken to trading crypto and has seen more crypto-related investment accounts than there are stock brokerage accounts. This development has put regulators on the defensive trying to come up with appropriate measures to regulate the booming industry.