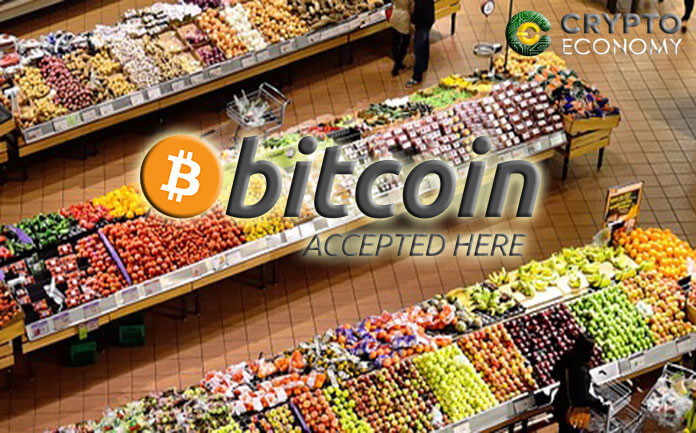 Andrade has been quoted by a local news agency as saying that,

“It’s really easy. It’s like a payment by credit card. The client says which cryptocurrency he wants to pay, the operator types in Reais and the system already converts to that crypto. Then just scan the QR code and you’re done.”

Based in the capital of Rio De Janeiro, the supermarket chain is relatively successful reporting annual turnover figures close to $6.5 million and only employing less than 100 employees. To make preparations for accepting cryptocurrency payments, the supermarket has trained its ~20 cashiers on the basics of cryptocurrencies.

To facilitate the payments, Oásis has partnered up with CoinWISE, a cryptocurrency payment processor that will help convert the crypto into Brazilian local currency every three days after the crypto has been received.

This is good news for the adoption of cryptocurrency especially considering that this year has witnessed a protracted bear market which has caused market wide loses. The accepting of cryptocurrencies by major retail stores and supermarkets augurs well for the future of digital assets.

The regulatory space is also changing as cryptocurrencies gain notoriety especially for money laundering and tax evasion. The Brazilian government is now on the lookout for these criminal offenses without stifling innovation and development of their economy.

Oásis is not the first major business to accept cryptocurrency in Brazil. Several other businesses have already been at it for several months now including the Brazilian GBS Group’s two public transportation companies Brasil Sul and Viação Garcia who announced early this year that they will be accepting cryptocurrencies such as Bitcoin, Litecoin and Bitcoin Cash.

Metrô Brasília, a public agency in charge of the Rio De Janeiro subway system and Technisa, a construction company have all hit the news this year for accepting cryptocurrency. Both accept bitcoin now as payment. To encourage the payment in crypto, Technisa gives 5% discounts for payments in bitcoin.

0
Jack Dorsey sent a message to Bitcoin developers in the latest Linux Foundation mailing list describing a Bitcoin Legal Defense Fund. The fund is...
Read more
- Advertisment -
Posting....
We use cookies to ensure that we give you the best experience on our website. If you continue to use this site we will assume that you are happy with it.OkPrivacy policy