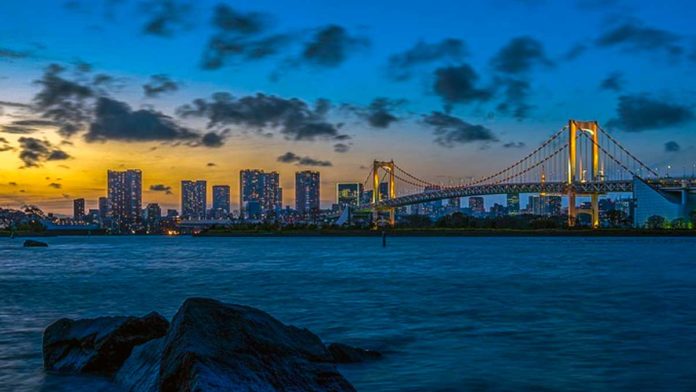 bitFlyer Inc., the owner of Japan’s largest cryptocurrency exchange in terms of daily traded volume and Brave Software Inc., the developer of the popular privacy-focused internet browser Brave have announced a partnership with one another that will see them foster the use of cryptocurrency in Japan.

bitFlyer, which is headquartered in Japan is now the first official partner of the San Francisco based browser company which is now seeking to expand into the heavily regulated Japanese jurisdiction. According to the announcement made on Thursday, the two companies’ subsidiaries bitFlyer and Brave Software International SEZC will be collaborating to provide a service for both companies’ users.

As part of the partnership, bitFlyer listed the Basic Attention Token (BAT), Brave’s native platform token. Additionally, according to the release, bitFlyer will be developing a new cryptocurrency wallet specifically for the Brave users in Japan.

There are no further details on the wallet service, however, it is expected that these will be availed on July 30th at an event to be held in Tokyo with participation by Brave’s CEO Brendan Eich.

One specific pain point for cryptocurrency users in Japan is that their activities are limited by regulations which means that most are unable to interact with blockchain tokens the way the designers hope they would be used.

For instance, BAT tokens were designed to enable Brave to raise funds for the development of the browser. However, the secondary usage of the tokens was to enable Brave users to interact with the platform. You could refer to BAT as a utility token since that is exactly what it was created to achieve. The Brave browser allows users to earn these tokens through publishers by monetizing their data.

In Japan, however, Brave users are restricted from earning BAT, and for this reason, they have given the option to earn Basic Attention Token points. There is a possibility that the new partnership between Brave and bitFlyer has been created to circumvent these limitations and restrictions although this is only speculation at this point.

Additionally, both bitFlyer and Brave Software will be launching a joint marketing campaign to “expand the recognition of cryptocurrencies and blockchain technology among our customers and to improve customer convenience.”

bitFlyer was launched back in 2014 with the intent to make cryptocurrencies more accessible to its users. Since then, the company has expanded its market-base and is one of the few companies licensed to operate in Japan, the US, and EU nations. Brave on the other hand was launched in 2015 by ex-Mozilla execs Eich who also created the Firefox browser and Brian Bondy. The browser now has more than 15 million active monthly users and well over 700,000 verified publishers registered on the platform.

0
Japanese trading giant Mitsui & Co. is planning to launch a digital currency dubbed ZipangCoin (ZPG) as soon as this month. The currency will...
Read more
Companies

0
It has been a tough year so far for Binance. As a new quarter dawned, fresh troubles brewed in for the cryptocurrency exchange as...
Read more
- Advertisment -
Posting....