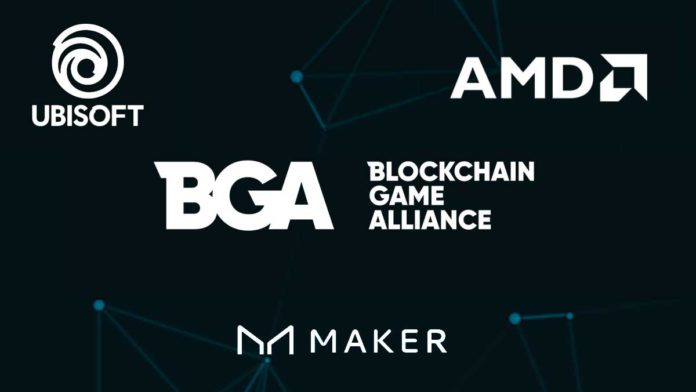 Blockchain Game Alliance (BGA), a coalition of over 90 gaming and blockchain companies, has appointed the COO and co-founder of The Sandbox Game Sébastien Borget as the president of the alliance. The alliance also announced that Ubisoft, AMD, Animoca Brands and MakerDAO have returned as 2020 sponsor.

The Twitter handle of BGA announced the news on Monday, March 30. According to the press release made available to media, Borget appointment followed his joining as a board member.

Sébastien Borget, is the co-founder and COO of The Sandbox, a Blockchain-based gaming platform.

The Sandbox is a subsidiary of Animoca Brands, an innovative gaming and blockchain company based in Hong Kong.

According to BGA, Borget will bring his 10 years’ experience of gaming business to the alliance that will help the industry adoption of blockchain technology in ways that expand player possibilities without introducing barriers to play.

Borget is also an active speaker and evangelist for the benefits that Non-Fungible Tokens (NFT) bring to gaming. He, on his new role, commeted:

“I’m a strong believer in aligning the interests of players, creators, and game developers and will continue to encourage true ownership for game players and creators through the inclusion of the blockchain industry. I’m honoured to lead Blockchain Game Alliance and my goal is to make BGA’s effective advocacy even stronger as blockchain gaming moves forward, leveraging my track record, network and influence in the industry to increase its reach globally.”

“Sébastien Borget has been an active community member in the blockchain game space for years, and we’re delighted to elect him as the new President of the Blockchain Game Alliance. The BGA seeks to foster collaboration opportunities and encourage blockchain adoption in video games. In 2020 we’re looking to represent blockchain game companies at traditional video game industry events and the support we’ve received from industry luminaries like Ubisoft, AMD, and MakerDAO strongly facilitates that goal.”

MakerDAO, What do you know about this project?

0
MakerDAO is a blockchain-based project aiming at disrupting the money. The project claims its product a "digital currency that can be used by anyone,...
Read more
CryptoNews

0
The Maker Foundation, a non-profit organization the behind the development of the MakerDAO decentralized finance (DeFi) protocol, and it affiliates have to face a...
Read more
CryptoNews

0
MKR holders vote to accept USDC as collateral in the Maker Protocol. ETH and BAT are two other collaterals allowed in the protocol. Maker...
Read more
- Advertisment -
Posting....