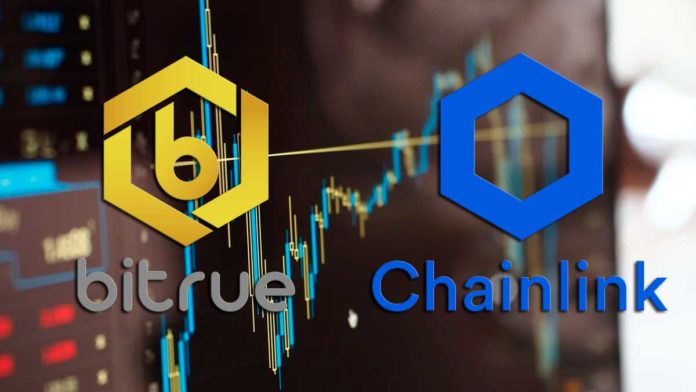 The demand for Chainlink’s product is not slowing down as Singapore-based crypto exchange Bitrue is the latest crypto organization to integrate Chainlink’s service. But for this time, it is not the oracle services. It is a Chainlink Verifiable Random Function (VRF) that generates a highly secure and provably fair source of on-chain randomness for blockchain applications.

According to an announcement made by Bitrue on Wednesday, November 25, the exchange has successfully integrated Chainlink VRF to ensure a fair winner selection for its Daily XRP Raffle.

Chainlink announced the launch of VRF on Ethereum mainnet in October 2020. This function generates and delivers provably fair randomness on-chain for gaming, Non-Fungible Tokens (NFTs), and various other applications requiring unpredictability. Each random number generated by Chainlink VRF is accompanied by a cryptographic proof posted on the Ethereum blockchain, which serves as an on-chain audit trail proving the validity of the randomness used.

Bitrue Daily XRP Raffle also requires a fair random selection of numbers. It is a game of chance, where daily prizes worth up to $60,000 in XRP are divided among winners. In this game, users purchase entry tickets and win prizes according to the matching of the numbers on their ticket to the numbers from a random draw.

However, according to Bitrue, generating a secure source of randomness is not an easy task. So to bring transparency to its raffle game, Bitrue has integrated Chainlink VRF. The exchange said that this integration would ensure that “all raffles are executed in a provably fair and unbiased manner which cannot be manipulated by users, malicious actors, or even by Bitrue itself.”

Adam O’Neill, CMO of Bitrue, about the partnership, commented:

“We’re excited to leverage Chainlink VRF for our daily raffles to redefine how traditional platforms offer and operate chance-based games to their users. Using an unbiased and fully auditable source of randomness ensures that winners are always fairly chosen and that rewards cannot be unfairly farmed by any single party, further adding to the transparency guarantees we provide at Bitrue.”

The demand for Chainlink services is growing day by day. A sports betting platform, TheRundown, has announced that they would launch their own Chainlink Oracle node to broadcast its sports data onto Ethereum and any other blockchain, expanding its addressable market as a data provider and servicing the developers wanting to build decentralized applications around sports.

Atiq Ur Rehman
Electronics Engineer with a passion to write about Disrupting Technologies like Blockchain. He joined Crypto-Economy in July 2019.
Chainlink News