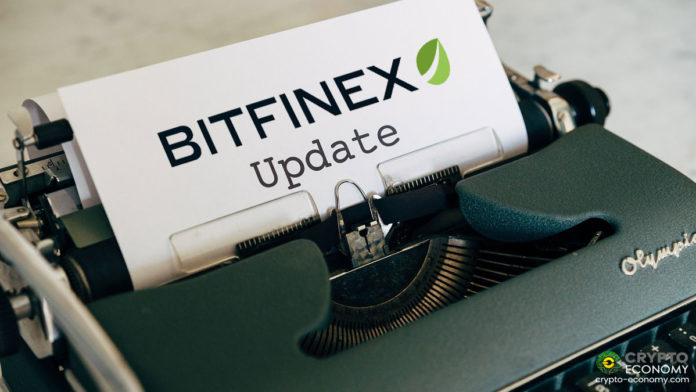 After Utrust successfully migrated UTK token contract and the token swap was done thoroughly, Bitfinex decided to add the token to its platform.

Some of Bitfinex users had already deposited UTK tokens in their accounts. Their tokens are now automatically converted, and there is no need for further action from users.

The addition of new UTK to Bitfinex platform signs a good step toward growth for Utrust. The merchants that have been accepting UTK as a way of payment, now are hopeful because of all the hype and circulation that trading creates for their holdings.

The other important announcement from Bitfinex was the launch of staking reward for Cardano (ADA) tokens.

“In response to customer demand, we’re excited to offer staking rewards for Cardano (ADA), the native token of Cardano, a decentralized platform offering a distinct approach to scaling and securing a blockchain network. The program allows users to earn rewards by holding ADA on our platform,” announced Bitfinex.

Bitfinex says the staking reward for ADA can be as high as 4.3% per year. Although compared to the claimed 10% max in Bitfinex staking platform, this is not that of a big win for ADA holders. The new option helps ADA holders increase the value of their holdings by staking. To decrease the risks of staking and providing better options to withdraw the tokens, Bitfinex will not stake all of the held tokens.

Cryptocurrency trading platforms like Bitfinex that offer staking options will use the locked assets in various ways to keep them safe and also be available to offer rewards. “When Bitfinex stakes a digital token, it is delegated by the exchange, meaning that the tokens remain in the platform’s control and are in the same manner as other tokens,” according to the exchange.

Staking ADA to earn rewards in the Bitfinex platform is like other digital tokens. You just have to deposit the digital assets in the platform, and the weekly rewards will be deposited in your account.