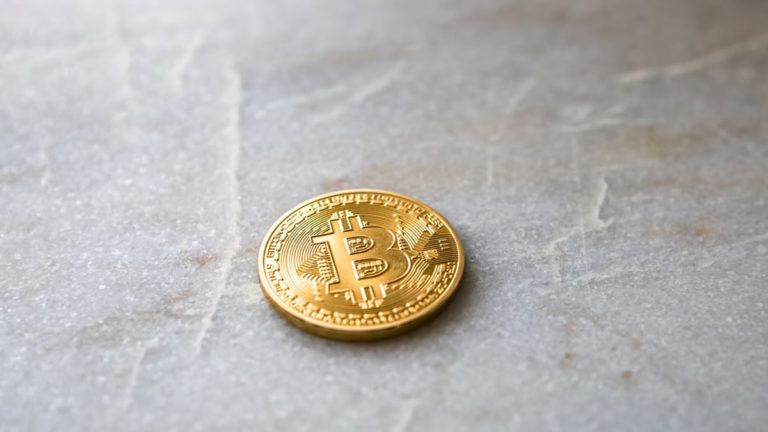 The bitcoin price chart is showing a downtrend, but it doesn’t look that worrying because there are no signs of big selloffs in the market. The price crashed from about $54K to $42K and is currently trading at $46.8K. Some investors worry about big selloffs that can result in more price crashes in the future. But an important metric shows that there are no serious plans of selling in the market.

Santiment published a new analysis about exchange inflows of BTC that shows holders don’t plan to sell their BTC, at least for now. The inflow is on the lowest stats in the past 31 months showing people are not moving their holdings to exchanges for selling. According to a tweet by Santiment:

“# Bitcoin’s supply on exchanges hasn’t been this low in 31 months, according to @santimentfeed data. Prices have been volatile as of late, but the lack of $BTC moving to exchanges right now is a positive sign that major selloff risk should be limited.”

Although many people trade their Bitcoin holdings in P2P transactions, exchanges are still the main source of buy and sell. When people move their BTCs from wallets to exchanges, it can be a strong sign that some big selloffs may happen soon. On the other hand, when outflow rises, it means people are willing to hold more. That can result in more price ranges or even jumps in the chart. Anyhow, the supply in exchanges has been at its lowest point in the last 31 months. It shows trader confidence in the market. In simple terms, holders are not worried about price declines and believe the price will go higher in the future. 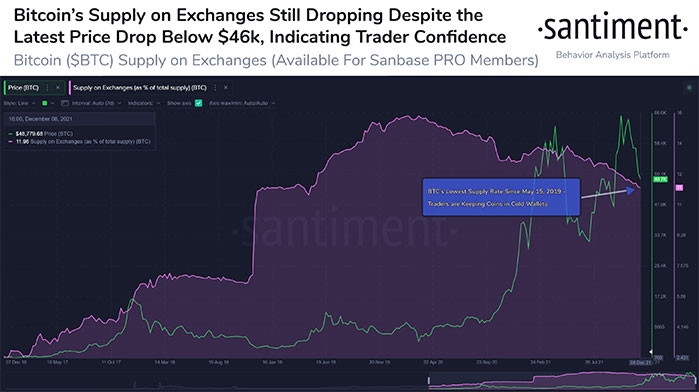 The current exchange supply rate for BTC is about 11. It was this low in May 2019. When you look at the chart, you see high price crashes for BTC when the exchange balance starts to rise. One of the sharpest moves happened in early 2019, resulting in the price going about $3K.

The highest point for BTC exchange balance happened in early 2019 when the price was about $6K, and the balance went up to 16. Anyhow, the current downtrend in that chart shows that investors are positive about Bitcoin’s situation.

Exchange inflow can’t solely determine the price movement of a cryptocurrency, especially Bitcoin. But at least it shows the sentiment of holders and traders in the market. When people don’t plan to sell their holdings, it can mean the price can remain the same and range for a while. But any incident may result in inflow jumps and price dumps.