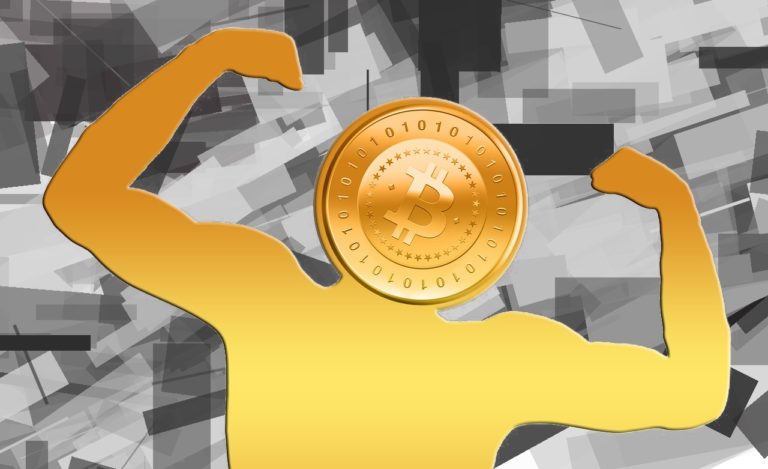 Bitcoin was introduced to the public back in 2008 and launched in January 2009. Over the last decade, the currency has grown in popularity and usage. In turn, the value of the cryptocurrency has grown severalfold.

As expected, this has attracted a lot of attention and with attention comes both good and bad consequences. Bitcoin has become a tool that propels economic growth as well as a tool that enhances criminal activities. It all depends on who is using it. In this guide, we will talk about trading bitcoin the right way.

As a digital currency, Bitcoin has become a sought after commodity or property more akin t gold earning it the title of digital gold. It portrays characteristics similar to physical gold and that includes fluctuations in value.

In fact, bitcoin is so volatile that it has often experienced price movement in either direction to the tune of double digital percentage points within a single day. This has created an opportunity for experienced traders to make massive profits just trading bitcoin.

There are several reasons to want to trade bitcoin but the leading is the potential to make outsized gains if done right. Here’s a rundown of some of the reasons to be involved with bitcoin:

It’s highly volatile – Volatility corresponds with the ability to make large gains in a short period of time. In the early days, bitcoin experienced much higher values of volatility as compared to latter days but it still exhibits the same tendencies even 11 years down the line. Higher volatility is an opportunity to score big wins as well as lose big time. You can easily lose all your gains and capital in a matter of hours.

Non-stop trading – Bitcoin as a market never closes allowing traders to work around the clock. However, this is wildly impractical so most traders use bots to open and close their positions automatically while they rest or do other things.

Factors affecting the Price of Bitcoin

If you are going to become a successful trader, you will need to understand the asset you want to trade and especially what causes it to change in value. The price of bitcoin has in the past been proven to be affected by the following factors:

Rules of economics – The law of supply and demand is just as important in cryptocurrency trading as it is in other sectors. If the supply of bitcoins is reduced as it does every four years, the price of the coin increases. In the same way, when the demand for the coin increases through more adoption, the value of the coin rises.

Press – The press has often played a major role in educating and informing the masses of relevant developments. The cryptocurrency industry, owing to its relative age is susceptible to good and bad press. Often, the price of bitcoin has been negatively impacted by the spread of bad press. Good press, unfortunately, does not have as much of an impact as the bad press.

Key events – Evens such as large industry conferences or the bitcoin halving events that occur every four years have a considerable impact on the value of bitcoin. as a trader, it would be wise to pay attention to such developments and plan your trading activities ahead of time.

Market cap – Market capitalization may seem less correlated to the price action of a coin but in a nascent industry such as cryptocurrency, it plays a huge role because the smaller a coin is in terms of value the more volatile it is and the larger price moves it makes. Larger coins such as bitcoin move less rapidly and could offer enough time to open a trade to take advantage of an upcoming move or avoid a loss altogether.

There are four main ways to trade bitcoin and they are day trading, swing trading, scalping, and passive or automated trading. Let’s dig deeper into each of these trading strategies and let’s see how to trade Bitcoin according to our own profile.

As the name suggests, day trading involves opening positions at the start of the day in anticipation of a price rise then closing the same position at the end of the trading day. Traders profit by making several of these small bets by taking advantage of the rule of numbers. The more trades you make the higher the chances of hitting more wins.

This strategy involves making longer-term trades that take advantage of market momentum. These kinds of trades take several days, weeks or months to materialize and often when successful have larger gains as compared to day trading.

Scalping involves making multiple daily trades of the same asset. Often during the day, the price action of an asset may present several opportunities for profiting from buying low and selling higher. A skilled trader who uses this technique will watch the market to make several of these trades throughout the entire day. In the cryptocurrency market, there are several chances of implementing this strategy however, it is cumbersome to track the charts and therefore, traders opt to automate the process.

Passive trading is the use of bots to open and close positions. Bots have several advantages over human and they execute trades flawlessly according to parameters set by the user. Another advantage of using bots is that they can trade non-stop.

There are just two methods that all traders use to analyze the markets for trading opportunities. Fundamental analysis involves careful analysis of the project components such as the team behind a project, the market in which the project or company is competing and any positive or negative considerations that may affect the future value of the company or token. Using this information, a trader will be able to gauge whether or not opening or closing a certain position would be to their best interests.

Technical analysis is the use of chart reading skills to study the price action of an asset. Traders need to analyze data points such as trade volumes, candlesticks, market momentum to predict future price movements. Both of these skills are absolutely necessary to have as a trader whether you’re trading the traditional stocks or cryptocurrency.

To be successful at bitcoin trading you are going to need a lot of practice and tools. This guide is only an introduction to how to trade bitcoin. There is more you can learn and the best place to start is our education center. There are several guides and content on cryptocurrency trading, analysis both fundamental and technical as well as the right platforms to trade.

Take the time to go through the website and educate yourself before attempting to put your money to any trading platform. Remember, trading cryptocurrency is a highly risky activity and does not invest more than you can afford to lose.