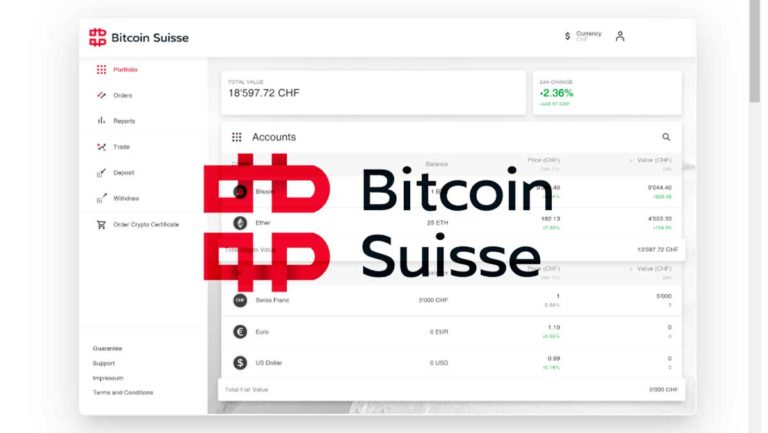 Swiss crypto broker Bitcoin Suisse is seeking to raise CHF 46 million (~$47.5 million) in a Series A funding round bringing its total capital to CHF 100 million (~$103 million).

The company will open up subscriptions to the funding round on May 11th lasing through mid-June 2020. The closure of this funding round should be able to bring the pre-money valuation of the company to at least CHF 275 million (~$283 million).

According to local news media, Bitcoin Suisse is planning to use the funds to finance the expansion of its services both in Switzerland and Liechtenstein markets.

So far, this funding round has attracted investment from Swiss banker Roger Studer and the Studer Family Office who have committed a combined CHF 20 million (~$20.6 million) bringing it closer to half of the intended funds.

Bitcoin Suisse is promising its investors aggressive expansion over the coming five years to reach “unicorn” status (valuation of over $1 billion) by the year 2025.

Successful completion of the Series A round will enable the company to become a full financial bank in Switzerland as well as upgrade its Liechtenstein branch to also become a bank. With a Liechtenstein bank, Bitcoin Suisse will have access to the wider European Union market allowing the firm to expand as intended.

Last year, Bitcoin Suisse applied for banking and securities dealer’s licenses in Switzerland, both of which it is yet to receive. However, with the extra funding, it will have enough capital to facilitate the operation of a bank.

Other expansion plans include more investment into proprietary trading, an expansion of the credit business as well as further acquisitions. The company has planned a security token offering (STO) later this year as well and an initial public offering (IPO) by 2022.

Bitcoin Suisse was founded in 2013 and according to its founder and chairman Niklas Nikolajsen, it has “come a long way.”

He added: “But looking forward, we could face limitations as to the speed of our growth, as we see great demand for collateralized loans, liquidity provision – and an ever-increasing need to secure our on-balance client deposits through Swiss bank guarantees.”

It is also worth noting that the company has opted to raise funds during a particularly challenging economic time when the world is dealing with a pandemic. Traditional investors are more risk-averse as governments initiate more money printing to prop up the economy.