Bitcoin Hard Fork: What is the probability of survival? 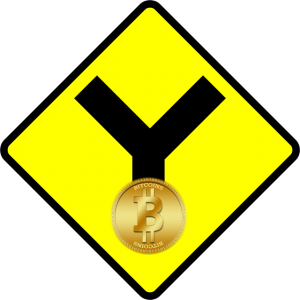 The Bitcoin community fears that the Bitcoin chain will split into two lingering chains when Bitcoin Unlimited miners start a difficult fork. But is this true? How can the majority chain attack – and how can the minority chain resist?

The last days and weeks have seen a lot talk about hard fork. Almost all discussions exaggerate or underestimate the problem in some way.

Let’s put it this way. With unlimited Bitcoin, the following events can happen; A miner mines a block that violates the Bitcoin Core consensus rules, for example, because it has a block size of 1.2MB. Some miners accept the block and rely on it while others reject it and continue to extract the core chain.

The result could be a disaster; Two competing bitcoins, their seemingly hostile communities to another; The value of bitcoin is divided into two, and if you assume that panic is being sold, it is possible that another altcoin will take the lead in the market tops of digital coins. Bitcoin runs the risk of being destroyed in two altcoins. And goodbye bitcoin, history books will remind you.

But despite the possibilities of this happening, there are also details to analyze based on the experience known of these bifurcations that have already tried to occur with other digital currencies, such as Ethereum. The laboratory altcoin indicates that these attacks could occur, but also that they are temporary problems and do not destroy a chain with a stable community. In fact, if Bitcoin Unlimited’s miners were openly involved in such attacks, the Core chain would likely gain popularity and support from the Bitcoin community, while the majority chain would lose legitimacy. When Chinese miner Chandler Guo threatened to attack Ethereum Classic, it became a turning point in the drama of Ethereum’s harsh bifurcation; Chandler realized that he could not destroy the Classic and became a great supporter of it. Although not a deadly danger, the pure possibility of attacks is 51 percent, however, it could degrade the basic security of the minority chain. 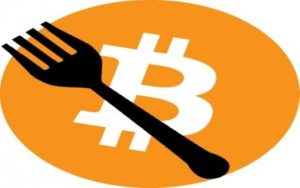 Experts consulted on this topic suggest changing the Algorithm As a “nuclear option” or measure of last resort, a change of PoW, the Labor Test, which is the algorithm that miners use to find blocks. A PoW change threatens to invalidate the hardware in which they invested and make it useless, while offering to recreate a world of private GPU miners. Changing the PoW algorithm is not only not necessary for weak chain survival – it is also the best option for burning it. There is a long list of reasons why:

• First, a PoW change would make Bitcoin Unlimited the only currency backed by the world’s most powerful computer network

• Second, because it could be perceived as a destruction of other’s property Against all that Bitcoin holds.

• Third, because the change in the PoW would be a strong signal for the minority chain to be an altcoin.

• Fourth, because the minority chain would become very vulnerable to attacks by supercomputers, botnets and miners of other altcoins, which at this time could be worth more than the minority. Changing the algorithm has the “advantage” that it punishes the miners, if, and only if, all in the ecosystem, the portfolios, the exchanges, the holders, the users and so on, share an absolute consensus that the miners must Be fired. Like, if they produce only empty blocks for weeks or rearrange the block chain. If so, the ecosystem can shoot the miners, but it has to pay a big price.