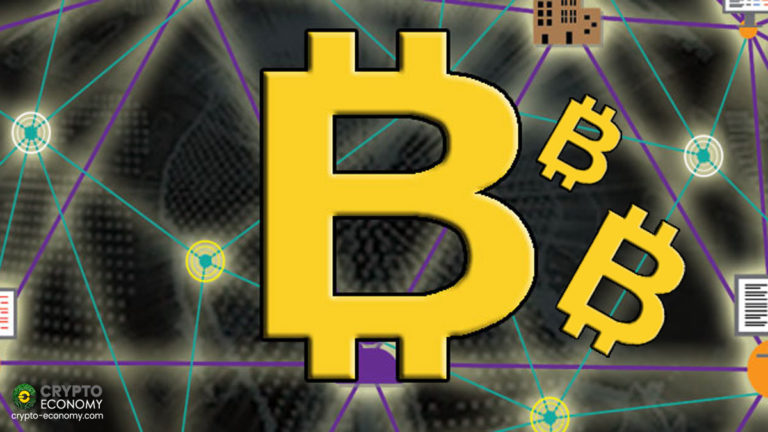 Bitcoin fees have tripled in less than a week based on a report from blockchain analytics firm Glassnode, increasing from $3.52 to $10 in the last three days.

The same report states that miners earn up to 22% of their income just from fees alone. This spike in fees may indicate higher future network activity, but it also may lead to lower prices.

Published on October 27 on their official Twitter page, Glassnode revealed that the revenue Bitcoin miners earn from fees increased to 22.25%. This spike occurred in less than an hour. It is worth noting that the spike occurred at the same time when the price of Bitcoin increased up to $13,750 yesterday. 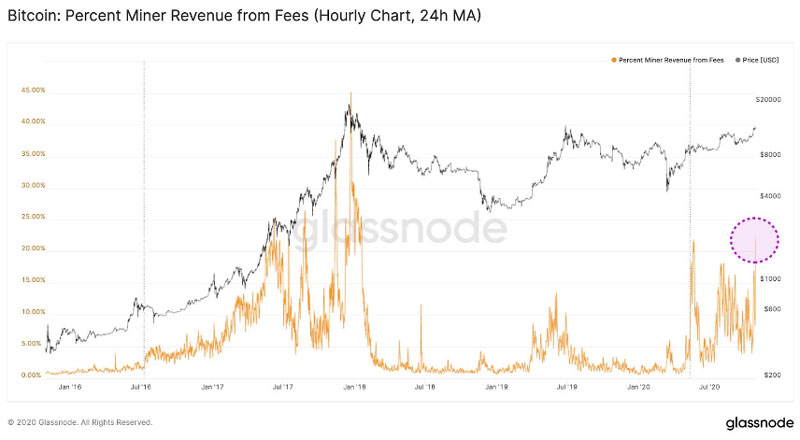 Block rewards still contribute the most to miner revenue, making 77.75% of their income. Nevertheless, it is surprising to see the sudden fee rise given that the last highest observed fee was seen in January 2018. Historically, higher fees led to lower prices in the short-term.

At the time of writing, Bitcoin fees still range around $10. Based on the data provided from Glassnode, we see that November 2017 and January 2018 were the last times fees have launched into double-figures.

Despite the fact that Bitcoin fees have massively increased over the last few days, the fact still remains that Ethereum miners earn considerably more. This especially applies to the share of fees that miners on Ethereum earn since the network is congested more often compared to Bitcoin.

Factors such as stablecoin usage, dApps, and DeFi platforms also contribute to higher network fees. Since decentralized finance practically exploded in 2020, Ethereum miners had a better year compared to their Bitcoin counterpart.

Statistics show that Ethereum fees have increased far more compared to Bitcoin for the first time in June this year. The rise in fee prices has continued for multiple months and has only stopped in October. However, there are some moments when this was not the case. One of those exceptions can be found at the start of August and the end of July.

In just the last 24 hours, the Ethereum network brought $1.74 million in fees while Bitcoin only had $1.54 million in fees. However, the situation has the chance to radically change with the arrival of Ethereum 2.0.

According to Solidity developers, the new Proof-of-Stake consensus mechanism would significantly lower the fees that users pay. While this would greatly improve the state of the entire crypto and DeFi markets, miners would have to look towards different opportunities.