Bitcoin Dropped Below $6,400 Raising Speculations that Bear market was Imminent 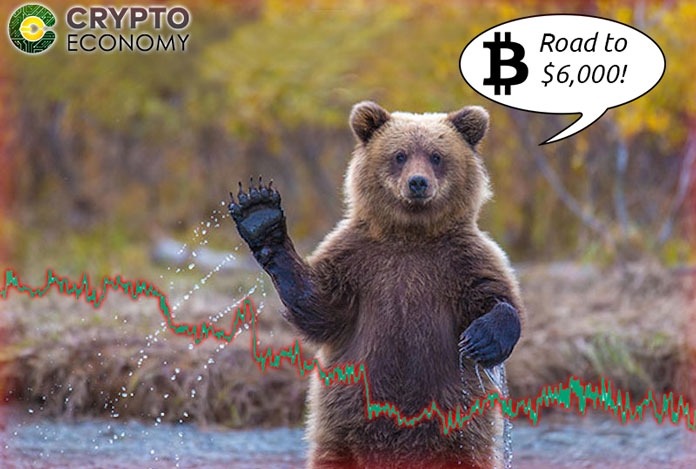 Bitcoin was at a point on Friday trading below $6,400 raising fears that a bear market was imminent. For instance, data from Coinmarketcap shows that at 15:49 UTC, the coin was trading at $6,380.42. This raised concerns that the prospect of the coin falling all the way to $6,200 was a possibility.

Bitcoin had seen values lower than today’s on Sunday November 4 when the digital currency traded at $6,314 at 23:54 UTC.

Bitcoin which has mostly traded sideways in recent months has been predicted to be poised to spring in the positive due to speculations that it has bottomed out after months of bearish pressure.

Bitcoin has found acceptance below expected levels these past few days despite the short rally from the Oct. 31 that culminated in the coin hitting  high of $6,540 by November 7.

At press time, BTC is exchanging at $6,380 according to Coinmarketcap as the coin market continues to vacillate after dropping to a five-day low of $6,335 Friday morning shedding $100.

Analysts are seeing a greater possibility of a bear market as posted on Trading View by Botje11. What is apparent is that the coin is going to test support levels despite the high expectation that an upward trend is imminent.

“We had a nice rally the past week up to around 6600 but the break out fell short on volume and conviction. I gave it a second chance when it looked like the breakout attempt was forming into a bull flag.” 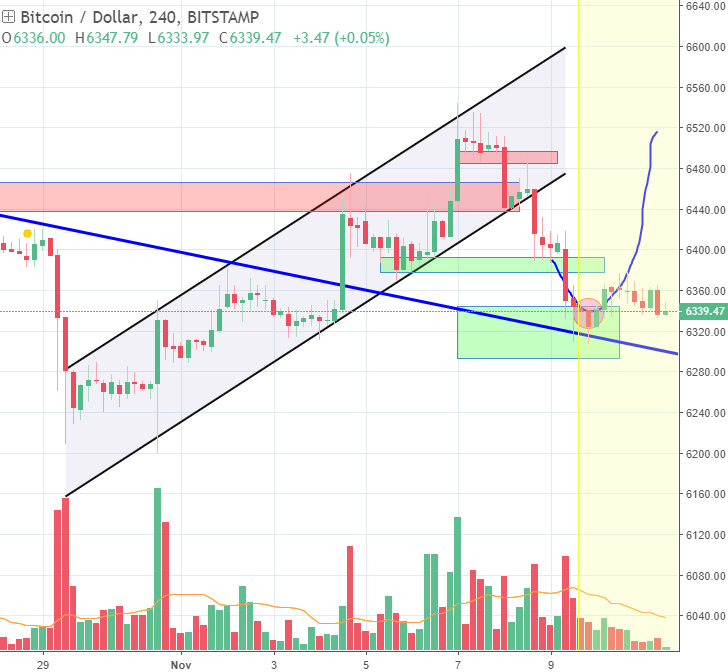 The analysis is predicting a dip in the value of altcoins even with a stable BTC:

“But we could see alts slowly dropping a bit with a stable Bitcoin. This was a sign for further correction down. I gave some warnings the past day or 2 for further drops after we broke that bull flag on the downside. But it was not easy to pinpoint where the drop was heading because the 6400/6370 was a big support level.”

Further, prices appear to have found acceptance under the crucial 200-hour exponential moving average (EMA) support and the major EMAS – 50, 100 and 200 – are starting to roll over for the bears.

Specifically, the 50-hour looks set to cross the 100-hour EMA from above, reinforcing the officially bearish specialized setup.

The market is clearly in the sell mode with some analysts saying that Bitcoin is over-sold.

Over on the daily chart, the symmetrical triangle breakout and a close over the basic 50-day EMA obstruction witnessed earlier this week failed to produce significant price gains.

A failed breakout regularly winds up returning the bears to the driver’s seat. Subsequently, a slide to $6,200 is a possibility.

From observations, the bearish pressure may bring prices close to the $6,300 mark or even all the way to $6,200. The $6,000 psychological mark will likely hold as prices continue to hover above it.