Bitcoin [BTC] – Update: LedgerX Not Yet Approved to List Physically-Settled Bitcoin Futures by the CFTC 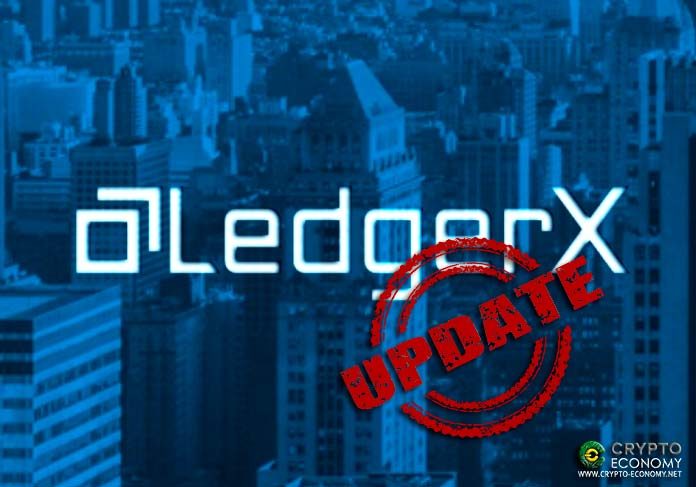 The cryptocurrency space has been abuzz with the news that the US financial regulator CFTC had approved crypto derivatives provider LedgerX to list physically settled Bitcoin futures.

Industry media including Crypto Economy reported the same. The news was positive as such a product has been much anticipated. With the launch of physically-settled bitcoin futures, it was expected that institutional investors, as well as savvy crypto investors, would have the opportunity to explore the digital assets further possibly leading to further adoption.

Before the news broke on Wednesday, July 31st, not a single company in the United States had been able to launch a bitcoin settled derivative and LedgerX had effectively become the first to do so.

However, after the company made the announcement, less than 24 hours later, on Thursday 1st August, the CFTC rejected the news saying that it had not approved LedgerX to launch physically-settled Bitcoin derivatives.

LedgerX has since deleted its initial tweet stating that it had launched the Omni retail platform that would be used to trade the derivatives.

On Wednesday, the company tweeted saying:

“It’s official: we’re live with retail trading on Omni! If you signed up for our waitlist, you’ll hear from us soon.”

This tweet is no longer available and instead has been replaced with a new tweet from Thursday saying:

“LedgerX Omni (DCM) has launched! Sign up for the waitlist here: […].”

You’ll notice that that the tweet includes the initials “DCM”, which means Designated Contract Market. This is the license that the CFTC awarded the company in June. However, to launch the bitcoin derivative product LedgerX needs to have a second license called a derivatives clearing organization (DCO) license.

LedgerX reportedly filed the application to have both licenses last year in November and the CFTC had 180 days to either approve or reject the application. Those 180 days were to expire around April this year.

As of June when LedgerX received its DCM license, the 180 days had long lapsed without a word from the CFTC regarding the DCO license which prompted the company to assume the application had been approved. Based on this assumption, they launched the Omni platform. The industry term for this is “self-certification.”

Speaking to an industry media on Thursday, a CFTC personnel with knowledge of the matter said that:

“Every new or amended DCO application needs to be affirmatively approved by the Commission. The absence of a decision does not constitute approval, and entity self-certification is not an option.”

This means that LedgerX has to be more patient as the CFTC takes it time in approving the application.

LedgerX CEO Paul Chou is now threatening to sue the regulator over its botched launch. In a tweet that has since been deleted, Chou wrote that:

“I’ve decided to sue the CFTC for anti-competitive behavior, breach of duty going against regs, etc.”

This means that bitcoin investors who had anticipated to start trading a physically-settled bitcoin derivative would have to wait a little longer as the race continues for whoever will be first to launch.

NYSE parent company ICE’s Bitcoin startup Bakkt and TD Ameritrade backed ErisX are also in the race. Bakkt has revealed that it is aiming t launch its product in the third quarter of this year.