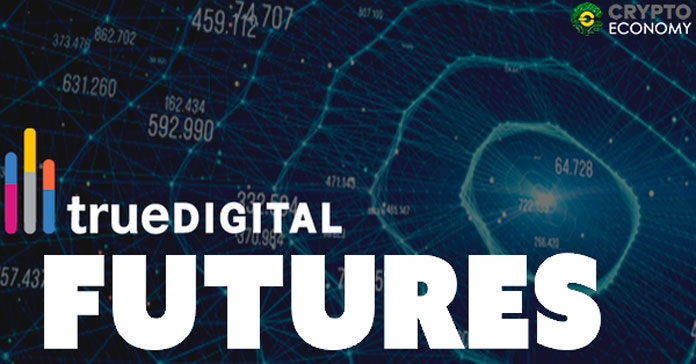 New York-based trueDigital Holdings announced on Friday its intention to provide its clients a regulated derivatives marketplace for physically bitcoin futures with the possibility to add other crypto assets in the future. The company, which is affiliated to (parent company) TrueEX LLC has concluded a deal to acquire TrueEX’s Designated Contract Market (DCM) and Swaps Execution Facility registrations that will allow it to launch its regulated derivatives platform. According to a press release on Friday, the deal has been completed between the two companies but is now awaiting approval from the US Commodities and Futures Trading Commission (CFTC).

A physically settled derivatives platform is what LedgerX and ErisX platforms are offering as well. Late June this year saw LedgerX acquire a DCM (Designated Contract Market) license from the CFTC that would allow it to establish a physically settled futures market for bitcoin and possibly other digital assets in the future. Similarly, ErisX also snatched itself a DCO (derivatives clearing organization) license from the CFTC last week which, paired with its already held DCM license would also allow it to launch a similar derivatives platform to LedgerX’s offering.

The Chicago Mercantile Exchange (CME) runs a regulated futures trading platform but the difference between its offering and the rest is that once its contracts expire, they are settled in cash which means that the underlying assets do not change any hands. The main advantage of operating such as cash-settled offering is that CME did not have to get the DCO license. CME launched its product back in December 2017.

It is worth noting that both ErisX and LedgerX are yet to roll out their platforms which means that they are not that far ahead of trueDigital. Once it gains its license transfer approval from the CFTC, it will join the race to be the first to launch a physically settled bitcoin derivatives market. NYSE parent company Intercontinental Exchange is also gearing up to launch a similar platform called Bakkt which has so far not acquired the regulatory approval to launch. With Bakkt, the platform was ready to launch several a months ago but the CFTC has been slow to approve the platform. If Bakkt gets approved to launch its platform before any of its competing companies launch, it is safe to assume that it will be first to market.

Speaking of the acquisition of the two licenses from his company’s parent company, trueDigital CEO Thomas Kim said in a statement on Friday that:

This acquisition reflects our goal to be the trusted choice for any institution that wants to trade novel digital asset derivative products through sophisticated infrastructure delivering the same regulatory framework that market participants require of any other asset class.

In addition, he said that:

A trueDigital owned and operated regulated exchange is the natural step in our evolution toward achieving our goals. Adding the exchange to our ecosystem delivers a complete end-to-end offering, currently unavailable today, that encompasses tokenization, payments, market data and settlement for the benefit of our clients and partners.