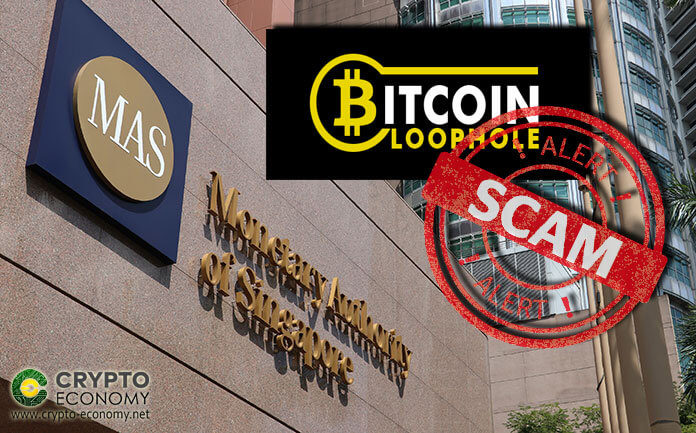 According to a joint official statement from the Monetary Authority of Singapore (MAS) and the country’s central bank, Bitcoin Loophole is a fraudulent website using falsified information to defraud Singaporeans.

Per the statement, Bitcoin Loophole is behind an online Bitcoin scam using former Singaporean Prime Minister Statements to lure people into their scheme. Furthermore, according to the agencies, the perpetrators went ahead to use the pictures of Goh Chok Tong Singapore’s Prime Minister from 1990 to 2004. In their statement, the MAS also attached a screenshot used by the cybercriminals. 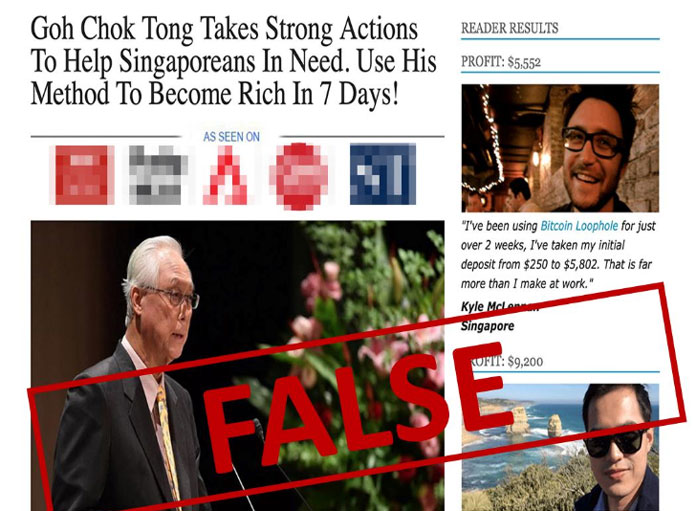 However, in their view, former Prime Minister Goh Chok Tong comments were taken out of context after being falsified to aid in luring people into making investments via Bitcoin Loophole.

While purporting to initiate Bitcoin-related trades on behalf of their clients, Bitcoin Loophole also urged them to make a minimum deposit of 250 dollars. Besides that, they went ahead and asked their clients to share their credit card or bank account details. With the latter, they were targeting their victim’s cash in banks. However, the Singaporean agency hawk eye got hold of their malicious intents and now have released an official warning to its citizens. However, this isn’t the first time Bitcoin Loophole is in the eyes of the law.

A while back, the same site was up and running in the United Arab Emirates (UAE). In the UAE, Bitcoin Loophole claimed Sheikh Mohamed bin Zayed, Crown Prince of Abu Dhabi and Deputy Supreme Commander of the Armed Forces endorsed their platform for bitcoin trading.

Through Facebook, they marketed their platform as the Sheik’s project of giving back to society. However, their get rich scheme didn’t last. Facebook pulled down all posts related to Bitcoin Loophole, but thousands of investors had already shared their personal information. Besides using the Sheikh’s name, they also used a famous American journalist’s image and even falsified quotes purporting to be from Bill Gates, founder of Microsoft.

In the UAE, the criminals urged investors to pay 1,000 UAE Dirhams, the equivalent of $272, upfront promising to generate $13,000 as profits daily. Upon Facebook carrying out its investigations, it is suspected the criminals behind Bitcoin Loop are based in Argentina and Ukraine.