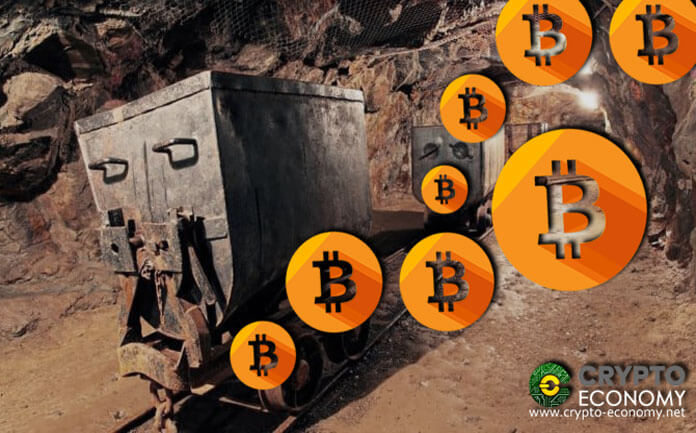 On June 26th, the price of one bitcoin rose to the yearly peak of $13,880 on Luxemburg-based crypto exchange Bitstamp then consequently corrected more than 30% to reach a low of $9,614 just six days later on July 2nd. The price has since rallied about 37% since July 2nd to breach the $13,000 early Wednesday morning July 10th. As of press time, the coin has posted an intraday high of $13,152 on Bitstamp, gaining about 1.7% in the last 24 hours.

However, price is not the only rally the premier cryptocurrency has had over the past few days. The network’s difficulty, as well as the computing power, have risen to levels unseen in the history of the network. In addition, the bitcoin market dominance has risen to levels previously seen back in April 2017. Starting with the hash rate, Bitcoin’s network computing power, measured in the number of hashes per second that all computing resources in the network contribute, rose to an all-time high of 74.5 Terahashes per second (TH/s) on July 5th. This figure broke the previous record that stood at 61.87 TH/s from August 27th, 2018 according to data source Blockchain.com.

A rising hash rate consequently leads to a recalibration of the mining difficulty which is adjusted every 2,016 blocks in order to maintain the 10-minute block time. This is roughly every 14-days and the latest adjustment happened at block 584,640 which was mined on July 9th at 9:17 AM (UTC). The mining difficulty which was previously rated at 7.93T, in itself a record-setting level, jumped by 14.23% to 9.06T a new record high. Data source btc.com estimates that the next mining difficulty adjustment, scheduled in approximately 12 days, should rise by a further 13.92% to 10.33T.

These figures point to the fact that more bitcoin miners are joining the network at the back of positive price gains in the last quarter. Bitcoin rose from ~$3,000 on April 1st to ~$14,000 just three months later registering a gain of more than 300% and beating out most altcoins.

According to data from Coinmarketcap, Bitcoin has widened its market dominance to 64%, a level it last saw in April 2017 and shortly in December of the same year during its rally to all-time high price levels. This seems to indicate that more investors are pumping funds from altcoins and buying bitcoin. If this trend continues, the price of bitcoin is poised to breach and surpass its June high and possibly get a shot at breaking its 2017 record high.