Bitcoin [BTC] Price Analysis: Falters but May Rally to $1 million According to a Former Goldman Sachs Fund Manager 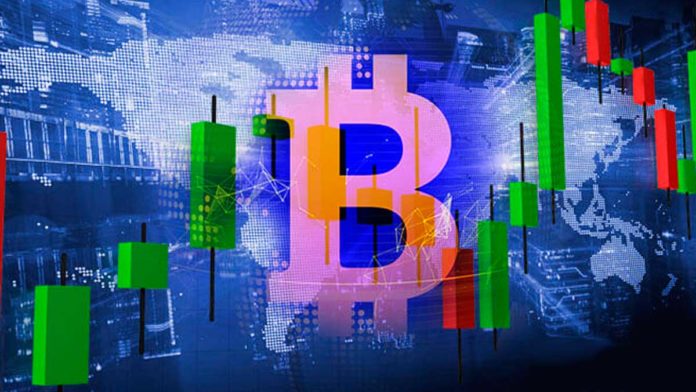 Bitcoin is a store of value, a shield against inflation and all attempts to devalue fiat. That is at least the stand and the position of supporters.

They are adamant that the coin will inherent the USD dominance after its soon-to-be fall from glory thanks to the mismanagement by the Federal Reserve. The likes of Michael Saylor and the Winklevoss Twins are all vocal about BTC and how its prospects.

Mainstream institutions are beginning to take notice of BTC and crypto in general. Triggered by favorable regulations from the United States, they are now changing their hardliner stance, accepting that BTC is here to stay.

One of them, Goldman Sachs, who a while back released a slideshow pointing out why crypto and BTC shouldn’t be considered an asset class, is hiring an executive to head its Digital Assets department in London.

Besides, a former Goldman Sachs fund manager, Raoul Pal, said BTC will soon rocket to over $1 million. He backed his reasons, explaining that institutions will soon adopt the cryptocurrency since the economy will take a while longer to recover from the effects of Coronavirus.

In an interview with Stanberry Research, he said:

“Yeah, I think [$1 million is] about right. Just from what I know from all of the institutions and all of the people I speak to, there is an enormous wall of money coming into this. It’s an enormous wall of money. Just the pipes aren’t there to allow people to do it yet, and that’s coming, but it’s on everybody’s radar screen and there’s a lot of smart people working on it.”

At the same time, Fidelity Investments recently pointed out how allocating a small portion of a BTC to a portfolio profoundly impacts returns. 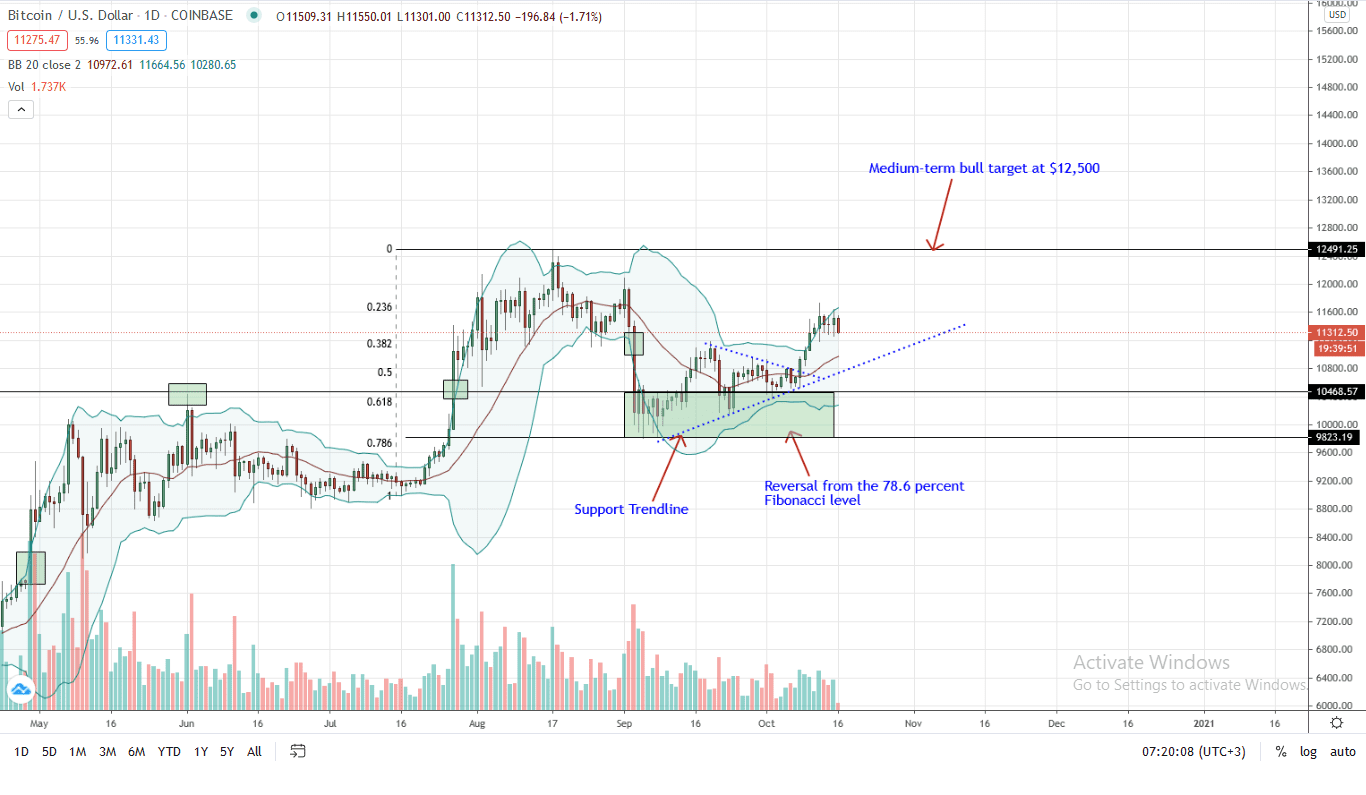 The Bitcoin price is wavy and under immense pressure judging from price action in the last three days. At the time of writing, the coin is down versus the USD in the last 24 hours but up four percent against the greenback in the last week of trading.

Candlestick arrangement points to weakness in the daily chart. Although prices are trending lower, printing lower lows against the upper BB and noticeably reacting from $11,500, the path of least resistance in the medium term seems to be northwards.

Advising this is the level of participation accompanying the last few day’s draw-down supporting bulls from an effort versus results perspective.

Going forward, how prices react at the middle BB and the former resistance trend line now support at the bull flag will influence the BTC price trajectory in the medium term. A break below $11,200 could trigger a break towards $10,900.