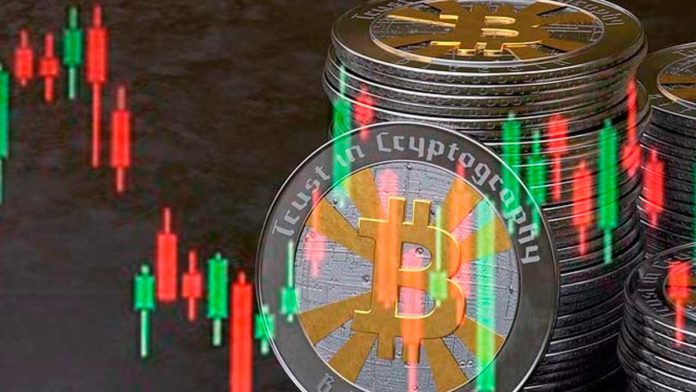 Admittedly, aside from the wavy Bitcoin prices, the development front is a little bit drab.

Still, there are exciting developments that not only cements Bitcoin’s place in the future but highlights the need of transparency and the critical role blockchain can play to alleviate duplicity and outright fraud. Like what happed in Wuhan, China.

The Fake Gold Saga in China

In what could unfold as one of the biggest bullion scam in history, one Chinese jewelry firm has been accused of borrowing $2.3 billion backed by what’s turning out to be fake gold.

Data reveals that 83,000 KGs of fake gold—copper coated with gold and passed as real gold, was the collateral for a series of loans amounting to $2.3 billion. Could be unbelievable but that is what happened in the second most powerful economy in the globe.

Questions around quality assurance and testing were asked right off the bat but what’s more shocking is that affected banks failed to do their due diligence perhaps due to assumed trust much to their dismay.

It is claimed that when one of the financial institution tried to liquidate them, that’s when the jeweler’s fraud was uncovered, sending shockwaves to the bullion and precious metals markets.

Why Bitcoin? It is Easy

On the contrary, each version of Digital Gold in circulation is real and confirmed transparently in the Bitcoin’s underlying open and secure ledger.

In exchange for each coin currently trading at over $9,000, there is “work” that has been channeled to the network. 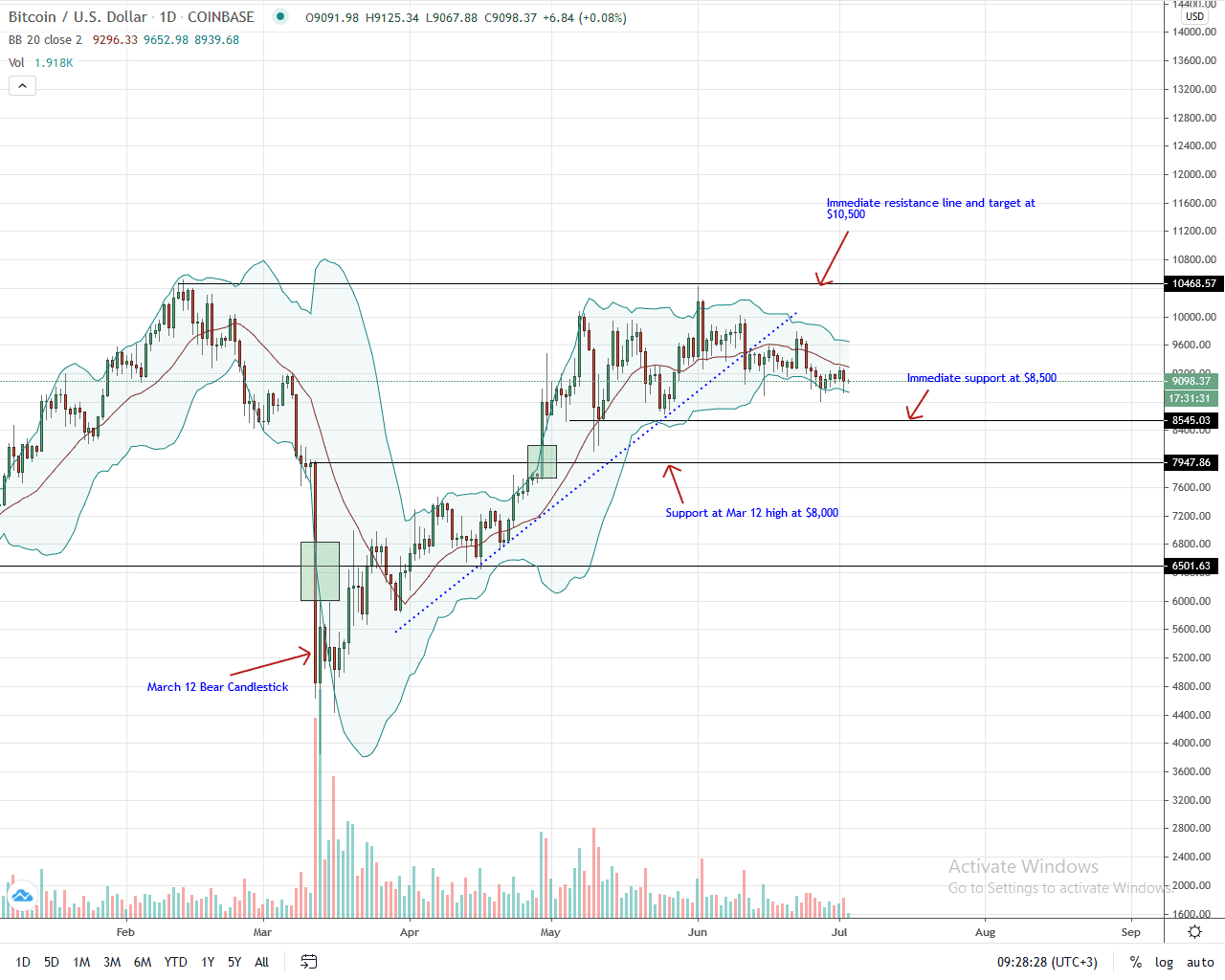 The Bitcoin price is currently under pressure, losing roughly two percent in the last trading week. For its weakness, ETH has gained against the digital gold.

From candlestick arrangements, BTC is technically bearish and trapped in a tight descending channel in the last week of trading. Although bulls may recover, forcing prices higher, in the short term it appears as if bears have the upper hand.

Notably, there is the confirmation of June 11, 2020, bear breakout pattern below the three-month support (now resistance) trend line. This is thanks to liquidation of July 2, 2020, and the failure of buyers to close above the 20-day moving average—that is, the middle BB.

For aggressive traders, every high should be a selling opportunity with targets at $8,500. However, risk averse traders should stay on the sidelines, waiting for a clear signal to print once BTC slides below $8,500.