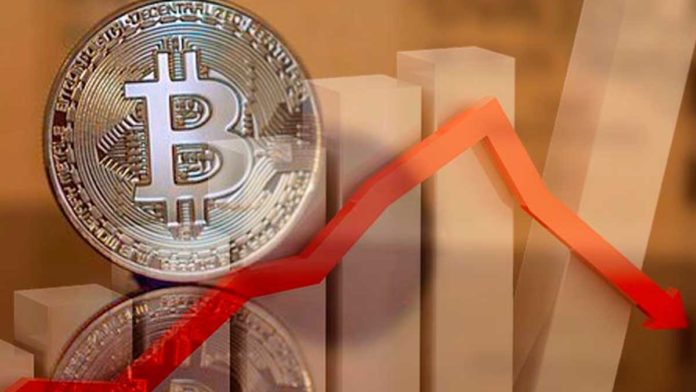 Just when the whole world thought the Bitcoin price was ready for another mammoth rally to $500,000 than it crashed, liquidating billions of long positions. This confirms what was widely known.

In a trending market propped by FOMO and blind, unsophisticated bulls fanned by arm chair analysts, Bitcoin has a way of showing its bad side.

As it reverted back to its “factory” settings, dumping down, and losing over $1,300 in less than 48 hours, weak hands are rushing to the exits.

Institutions are laying down Required Infrastructure

Even so, the uptrend of the last few months after halving has been eye opening.

First, the up-thrust revealed what regulators had in mind, and secondly, the extent of BTC’s reach in crypto. It appears as if institutions are building the requisite infrastructure to allow them to “test” the system, dipping only their small toe.

The U.S. OCC declaration was followed by Goldman Sachs toning down their hardliners. Simply institutions are realizing are removing their blinders.

Admittedly, a few years back, crypto and Bitcoin was fragile and find use in unconventional and even dubious businesses.

However, that is changing, quickly. There are tons of value proposition Bitcoin has to offer and its transparency and security is unparralled.

Pay Taxes with Bitcoin in the Zug Valley

Following their lead, Switzerland’s Zug valley will from next year allow individuals and firms to pay their tax obligations using Bitcoin and ETH. They have partnered with Bitcoin Suisse to make this possible. 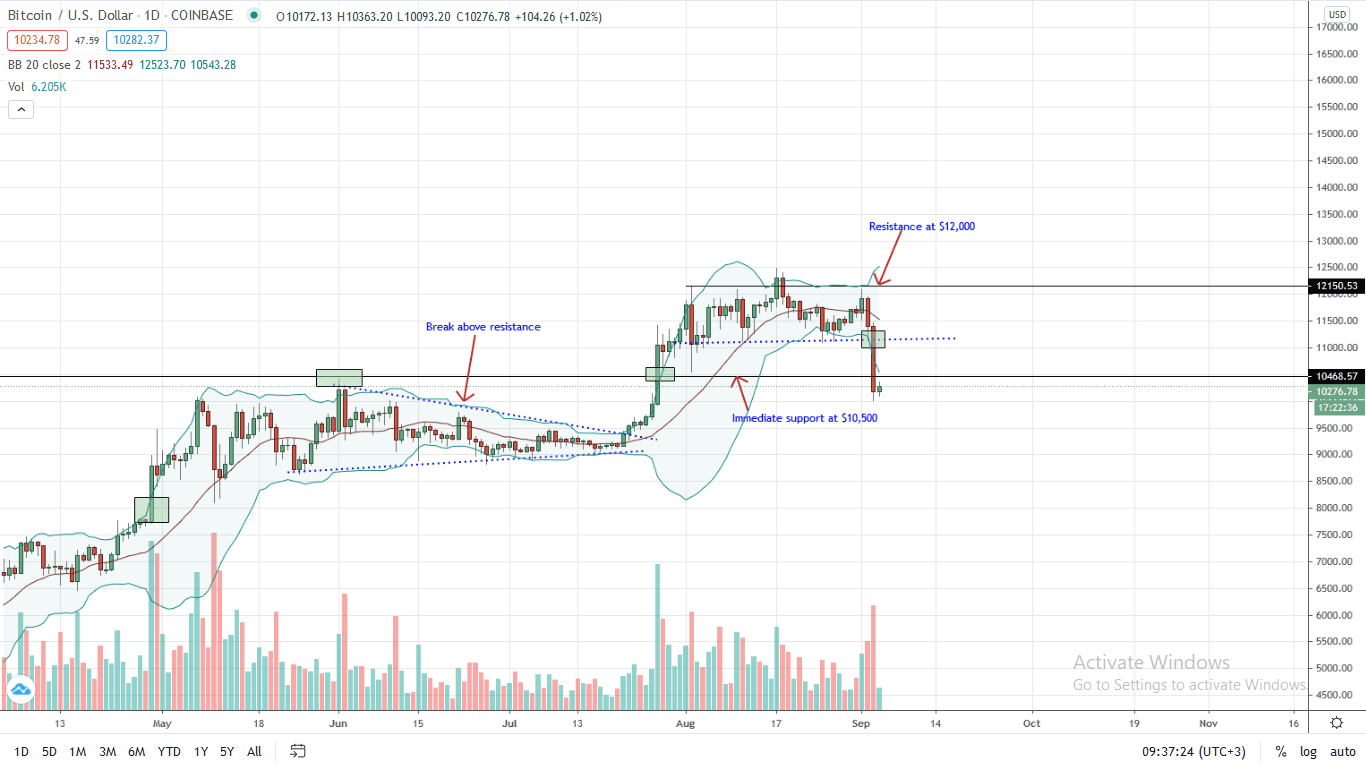 The Bitcoin price is on a free fall, underperforming against the USD—sliding eight percent, and down 10 percent against ETH.

Technically, candlestick arrangement points to exhausted buyers and a possibility of a deep retracement.

From the daily chart—and as aforementioned, the retracement of the past two days has been deep. Visible, bears are in control. Notably, the last two bars—following the rejection from $12,000, confirms the double bar bear reversal pattern of Aug 17 and 18.

Since bears broke below Aug lows with increasing volumes, every high should technically be a selling point in the next few days.

The immediate target is $8,500. Since BTC is now trending below $10,500, the path of least resistance has been determined and looks like this could be the beginning of another deep retracement.

0
The bitcoin price chart is showing a downtrend, but it doesn't look that worrying because there are no signs of big selloffs in the...
Read more
Price Analysis

0
It couldn't get worse for Bitcoin prices. When writing, the coin is down a massive 30 percent from November 2021 peaks--and bears look like...
Read more
Bitcoin News

0
Bitcoin fear & greed index shows extreme fear on point 16 that means many opportunities for investors as the price ranges around $50K. After...
Read more
Price Analysis

0
Bitcoin is both hot and cold, reading from the price performance in the daily chart. That Bitcoin prices are retracing from this week's highs...
Read more
- Advertisment -
Posting....