Bitcoin [BTC] Price Analysis: Bull Run Is Over, A Correction to $10,500 Likely 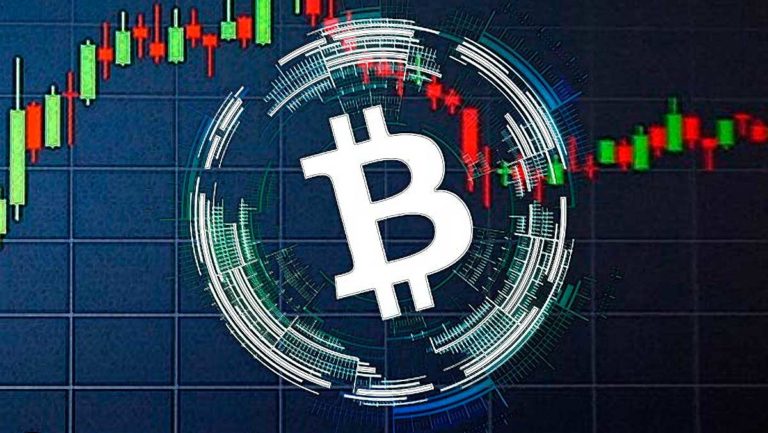 The Bitcoin price remains shaky but at least, there is some meat for what the project’s proponent stand for. For an economic structure that seem broken, a system that distributes wealth equally for the long term sustainability of the whole is, well, important.

Bitcoin Functions In The Face Of Currency Debasement

Amid the confusion and unanimous decision by central banks to not only slash interest rates but to recalibrate their inflation targets, destabilizing the whole and threatening what savers have been laboring for, Bitcoin is robustly functioning as designed

News of the FED changing their inflation targets to the upside is a net positive for Bitcoin holders whose “policy” is ingrained in the platform’s source code.

As a global debasement picks up, Bitcoin is a store of value. It has continued to attract capital from concerned investors as well as from speculators angling to tap capital gains.

Not surprising, for its role—and after a rejuvenating decision by the U.S. OCC to allow the country’s national banks and savings cooperatives to custody digital assets, the announcement by the Fidelity Investments to submit their papers with the SEC—the U.S. main regulator, hints of the significance of Bitcoin and its rising role within the investment circles.

As one of the world’s largest wealth managers, the creation of a Bitcoin-only fund for high net-worth investors spells confidence and will benefit the crypto scene with more liquidity.

Also, in the long term, this could fan calls from investors, and influence the SEC’s future decision, to approve a much-awaited Bitcoin ETF. 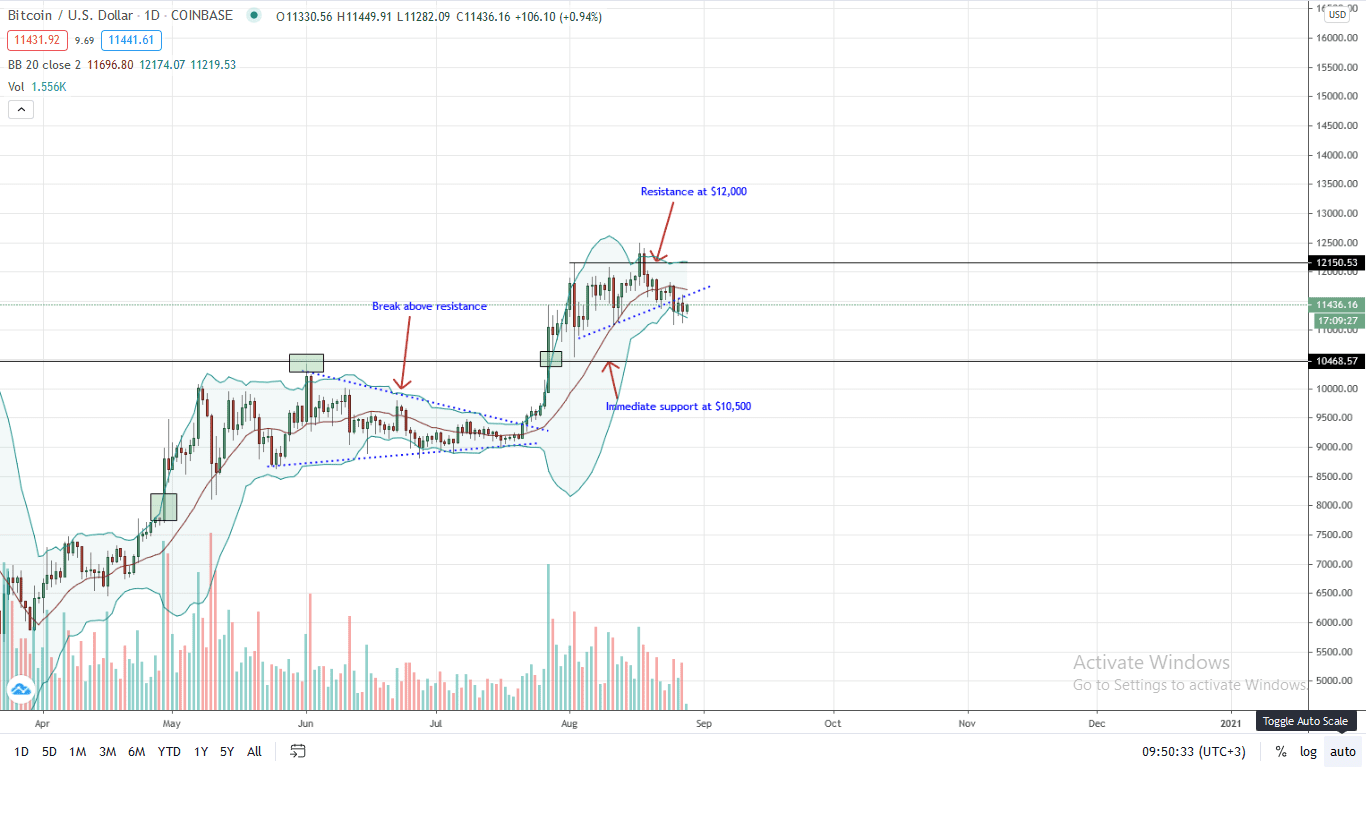 The Bitcoin price is wavy, stuck in a horizontal consolidation as bears press lower. Correcting, Bitcoin is now down four percent in the last trading week against the greenback but is encouragingly outperforming ETH within the same period.

From the daily chart, the BTC uptrend is questionable. Trending below the middle BB and failing to reverse losses of Aug 25, every high for aggressive traders should present a liquidating opportunity.

Notably, accompanying bear volumes are high and Aug 27 candlestick was bearish and has begun banding with the lower BB confirming the double bar bear reversal pattern of Aug 17 and 18. This hints of strong bearish momentum and a real possibility of BTC further depreciation. The immediate bear target in this case is $11,000 and later $10,500.

If there is recovery, a sharp close above $11,900 and the middle BB will nullify this forecast.