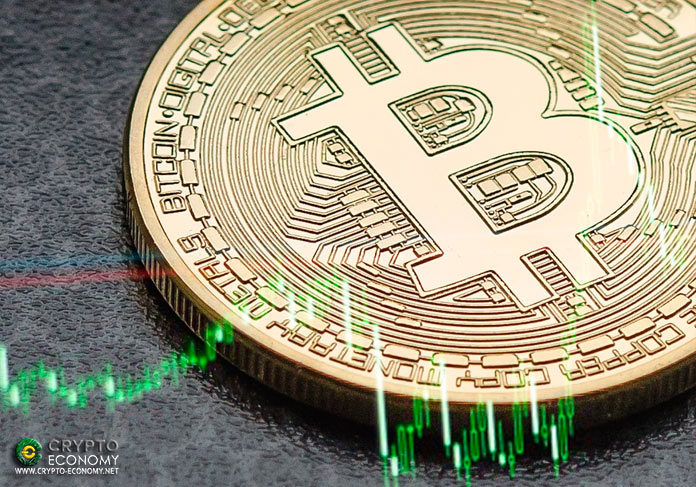 The question in everyone’s mind is this: are cryptocurrencies, and mainly Bitcoin, serving their true purpose? Well, the answer to that is straight forward. At least gleaning from political events in the last few months.

Starting with the hard stances played by China and Trump, the rise of protectionism and the polarization of recent years. On the negotiation front, we have the impact of the trade war causing instability and scaring mega corporations.

From the conference call they had with President Trump on Wednesday last week, banking executives are calling for a quick resolution of this trade war.

Citing disruption of supply chain and planning, it is clear that the lack of certainty in making critical business decision should be a cause of concern. It may, considering developments in the last few months, catalyze a slump in global economy with developing economies bear the brunt.

As it is, the focus is on Hong Kong. In a peaceful demonstration where it is estimated that more than 1.1 million people have been heading to the streets for the eleventh straight week demanding the resignation of the enclave’s CEO Carrie Lam, better democratic rights and universal suffrage following strong rejection of the proposed bill that would lead to the extradition of Hong Kong convicts, the demand is on BTC.

Given the deluge of negative press around the globe, BTC is slowly but surely becoming an alternative store of value. 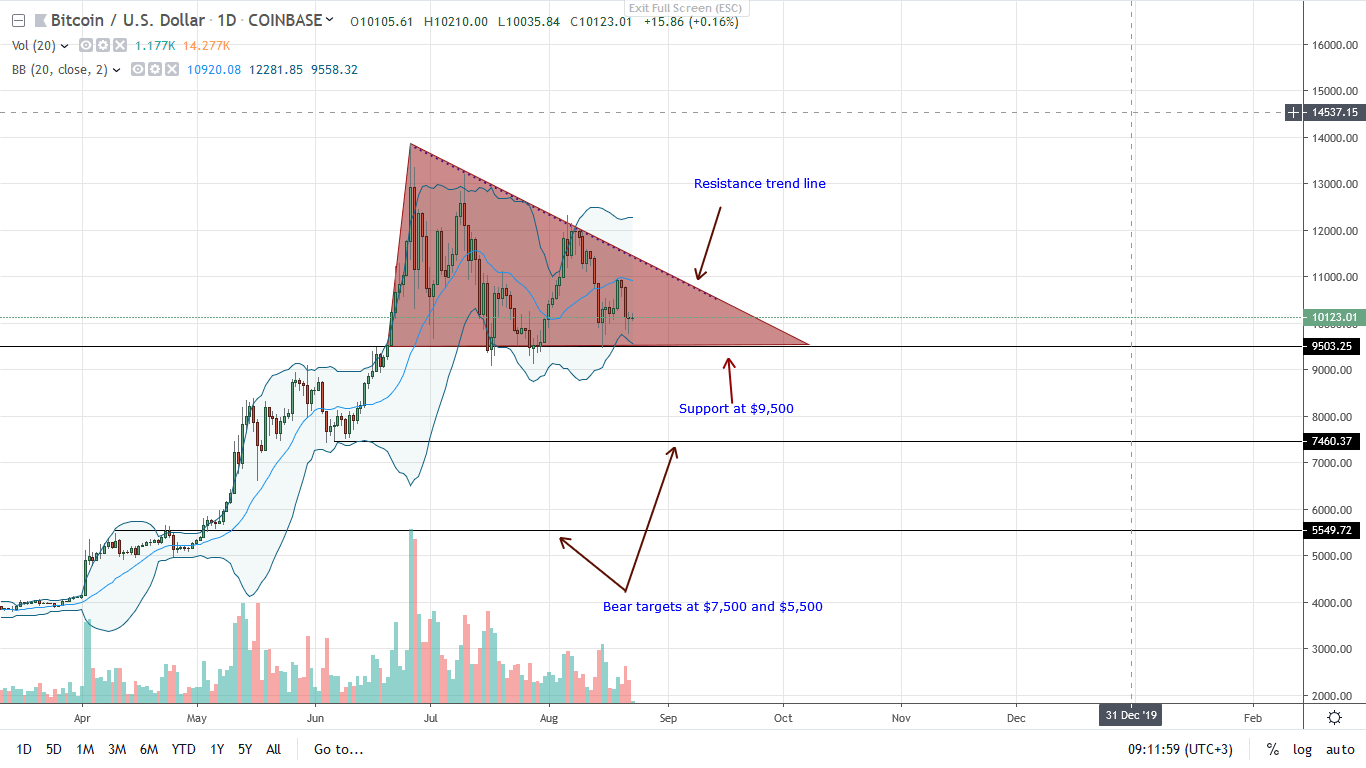 At the time of press, Bitcoin [BTC] is mainly consolidating in a descending triangle. With firm support at $9,500, prices-despite the liquidation in the last couple of days, is in an uptrend. Moving on, the best course of action for risk of traders is to buy the dips as long as prices are trending above $9,500.

Mentioned in previous BTC/USD trade plans, any drop below this level could see BTC prices tumble to $7,500 or $5,500 in a correction, a retest traced back to strong up thrust of early Q2 2019.

In the meantime, traders have an upper hand. For buy trend continuation and rally to $18,000 or even $20,000, it is imperative that the close above the main resistance trend line connecting June and July high is at the back of high trading volumes ideally exceeding 82k of June 26.

Then, not only will prices surge past $14,000 but would trigger the next wave of higher highs lifting prices to $18,000 or higher by the end of the year.

Disclaimer: Views and opinions expressed are those of the author and is not investment advice. Trading of any form involves risk. Do your due diligence.

0
The bitcoin community has experienced multiple fractures in the past decade. Many contributors believed in the need for a change in the protocol and...
Read more
Bitcoin News

tBTC is Now Live; a Token To bring Bitcoin to DeFi