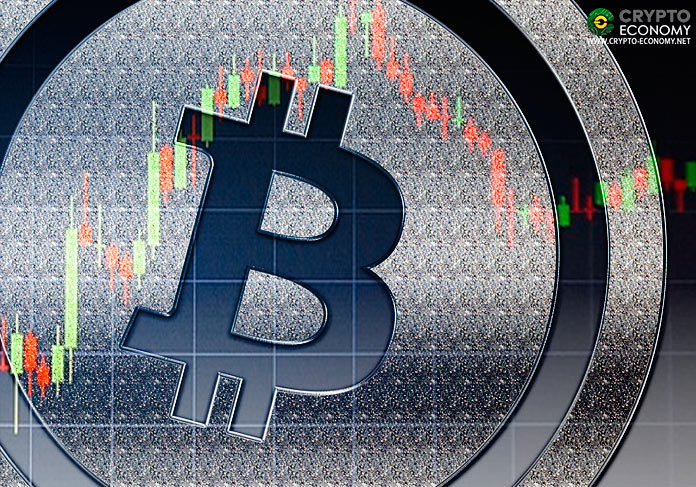 In a new twist, Mark Mobius, the founder of Mobius Capital Partners LLP and a financial market guru, now says Bitcoin ought to be backed by gold for the pioneer digital asset to have any value.

Arguing on a basis of trust, in an interview with CNBC’s Squawk Box on Sept. 5, the investor said he was concerned about cryptocurrencies.

Moreover, he added that soon people will come to understand that cryptocurrencies in general are “very risky” albeit the trust people have on them. While answering a question from Joe Kernen, he said:

“If there is a cryptocurrency that is really backed by gold — and that is, there is a meaningful agreement and some kind of modern thing of this connection — then this could be quite interesting.”

“The reason why people believe in the U.S. dollar is because they have faith that with dollars in their hands, they can buy something. So, there’s a degree to which if cryptocurrency can enable you to buy something and you believe that to be the case, that’s fine.”

The age of Malvertising? Bug Strikes

In other news, TrendMicro, a cybersecurity firm has discovered a malware, Glupteba, that scans the Bitcoin blockchain, searching for instructions that could be used to compromise computers of BTC owners.

Through what is now known as Malvertising, computers are automatically infected once a user clicks on an advert or a bugged link thereby giving the hacker remote access to the user’s computer. 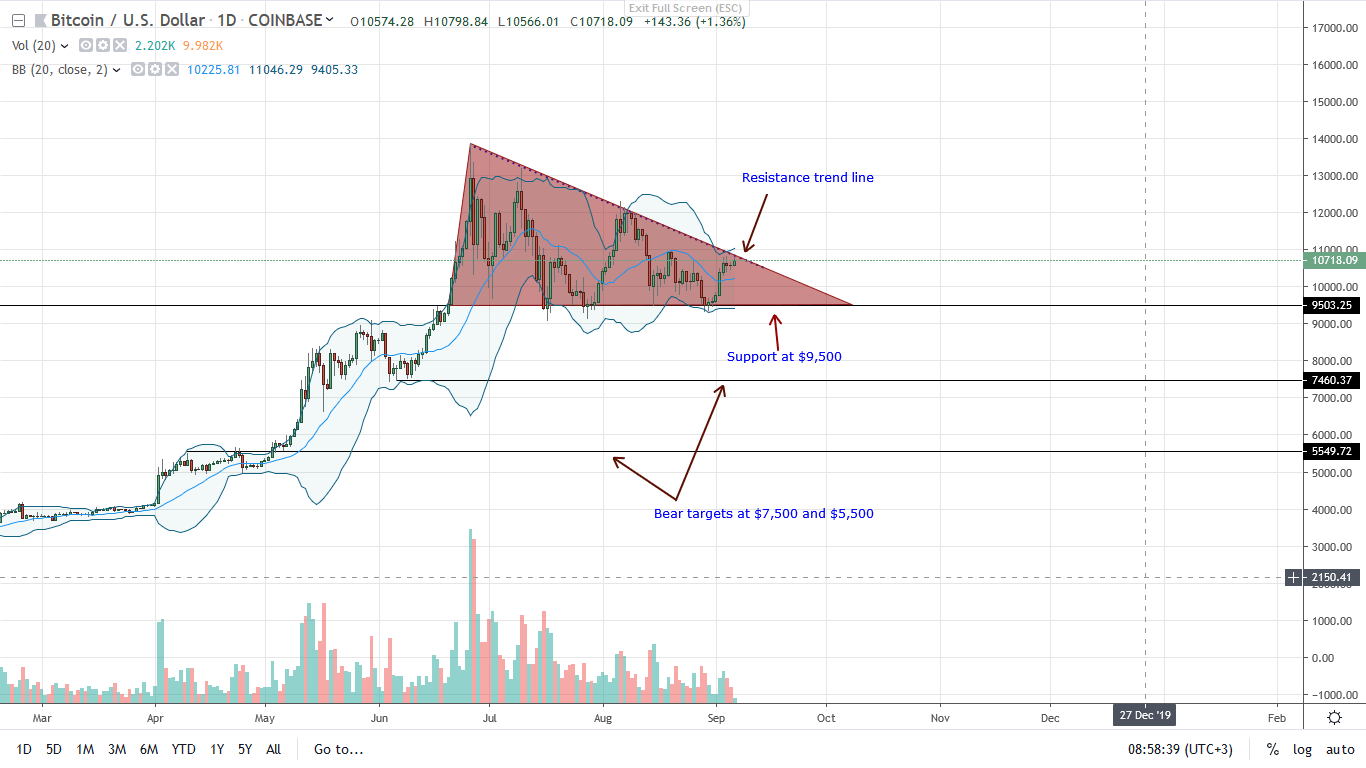 With a market share of 70.8 percent at the time of press, BTC is still king. In the last week alone, the asset, whose market cap is valued at over $191 billion, rose 12.6 percent.

All the same, and albeit the excitement pulpable in the crypto scene, associated trading volumes behind the surge from $9,500 are low. Evidently, as visible from the chart, despite the three-bar reversal pattern from the main supporting line, prices are still oscillating inside the bull flag.

While every high could be a potential sell signal, risk-averse traders should stay on the sideline until after there is a sharp break and close above the main resistance trend line connecting multi-month highs.

If the breakout bar is wide-ranging with high trading volumes exceeding 27k of Aug 15, odds are BTC could float to June’s high of $14,000. Conversely, strong rejection from the same price level could see BTC tumble in a bear trend resumption as price action sync with August 2019 trend.