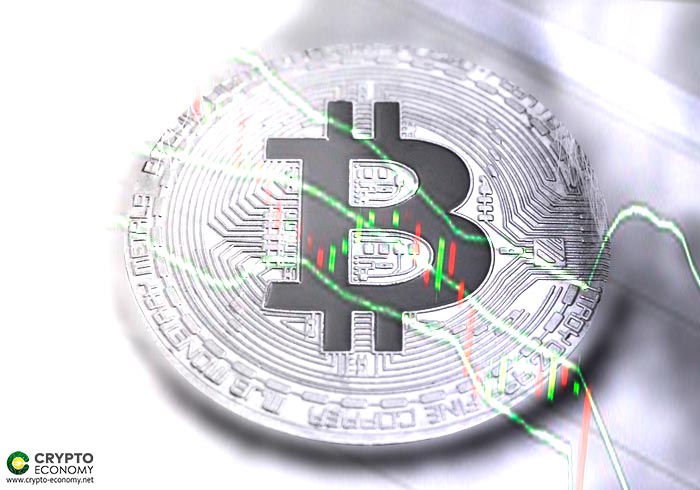 Here’s an admission: No one know how Bitcoin prices trend. Distinct from traditional assets, securities and even commodities, this “digital gold” is oscillating on its rails. Forging its path, BTC analysts are bamboozled because of the hard to gauge “hype”.

Frequently shifting, deviating from algorithms’ probabilities, BTC prices can at one point correlate with the traditional market trend. In other times tumble even with perfect fundamentals.

Some argue that this fluctuation is because of price manipulation. While it could be true, BTC and cryptocurrency trading as a whole is increasingly becoming a regulated event. Authorities are placing crypto exchanges, especially those offering support for fiat as USD, under the lens.

We learnt that from the BitFinex imbroglio, the case goes on but the New York Supreme court is under pressure from the New York office of the Attorney General to penalize iFinex. At the moment though, infrastructure is being laid.

Leading is Bakkt. It’s a platform keen on making crypto assets accessible for everyone. Democratizing the space is indeed a novel idea but that is until the US CFTC gives the green light. Investors have been expecting this approval since Q3 last year and now news is that Bakkt will begin testing its physically delivered Bitcoin futures on July 22.

In a blog post, Adam White, the COO, wrote:

“On July 22, two days after Apollo 11’s 50th anniversary, Bakkt will initiate user acceptance testing for its Bitcoin futures listed and traded at ICE Futures U.S. and cleared at ICE Clear US.” 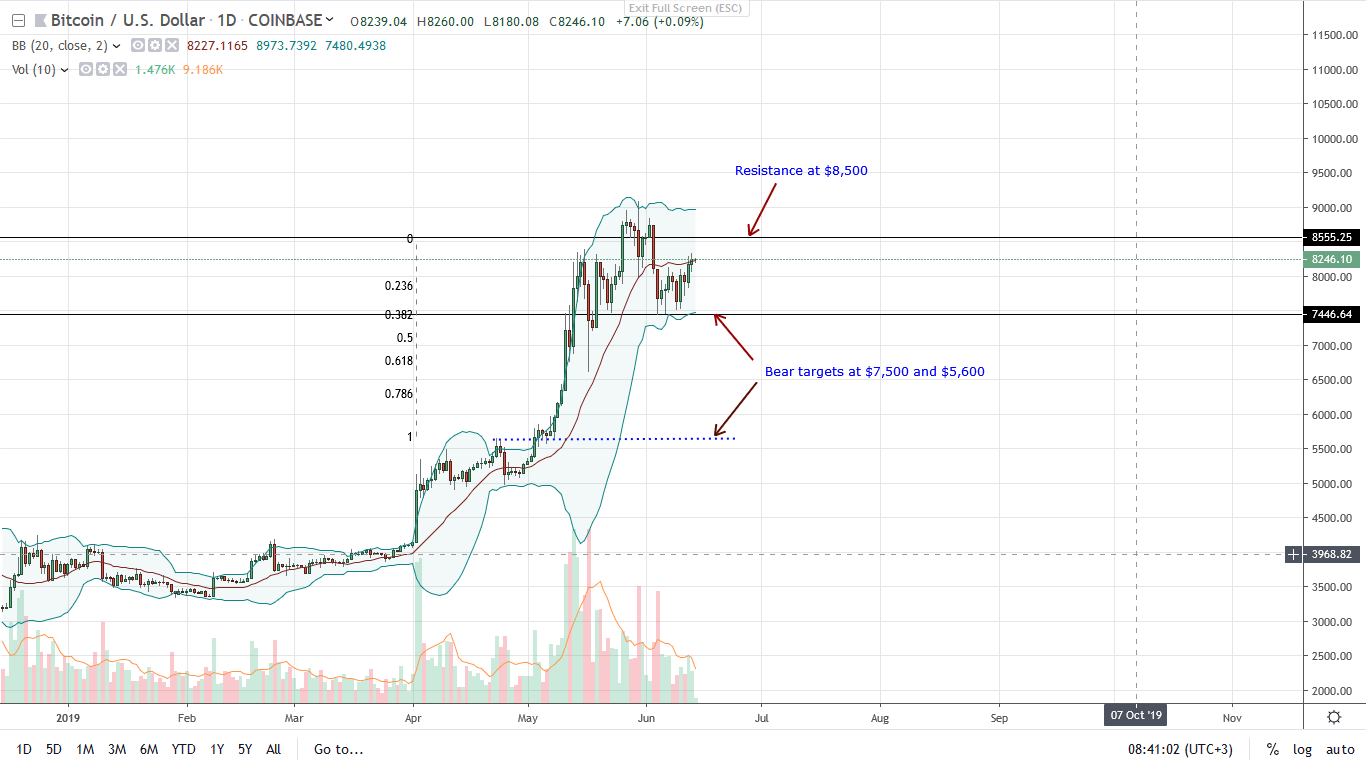 At the time of writing, buyers are in control. Rejecting lower prices below the main floors at $7,500, the path has been set. Going forward, every correction will be another opportunity for risk-off traders to buy the dip with targets as reiterated in previous trade plans.

Note that BTC has a double bar bull reversal pattern, printing after the completion of the retest phase of late May and early June, after the lifting breakout. Although accompanying volumes are low and diverging from price, aggressive traders should aim at $8,500, which is May’s high.

However, the real deal is if buyers build satisfactory moment to clear the $9,100 mark last retested after May 30th upsurges. If buyers manage to clear that mark with a sharp spike of trading volumes exceeding May 30th volumes of 31k or even 47k of May 13th, BTC could easily rally to $10,000 and even to $12,000.

Such a spike will set the ball rolling and in a FOMO moment ahead of next year’s halving, the foundation for $20,000 and beyond would be ready.