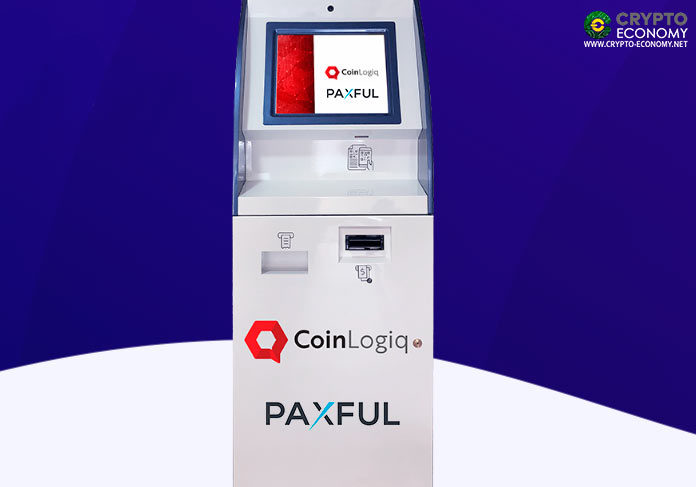 Peer to peer cryptocurrency exchange Paxful is partnering up with Latin blockchain startup Coinlogiq to set up 20 new Bitcoin ATMs in Colombia. In a press release on September 5th, the exchange announced that the ATMs will be established in some of the biggest Colombian cities including the capital Bogota and Medellin.

Monterrey, Santa Fe, Oviedo, Tesoro, and Molinos are some of the other towns that have been considered to host the ATMs.

“The partnership will encourage people to withdraw digital currencies [in Colombia,]” said the press release.

Colombia currently has about 46 ATMs a bulk of which are run by Athena and some by Panda Bitcoin. According to CoinATMRadar, this accounts for about 0.7% of the global number of ATMs.

However, with the launch of the Paxful ATMs, that number will catapult Colombia’s percentage to more than 1% of the global total. Argentina is the closest Latin American country with the second-largest number of Bitcoin ATMs which will be about a fifth of the Colombian machines once the 20 machines are installed.

Most of the Bitcoin ATMs present not just in Colombia but also across the globe offer limited functionality to selling and purchasing Bitcoin and a few other coins.

The Paxful ATMs will have added functionality thanks to the integration with Paxful Kiosk services which will allow users to “to buy bitcoin using different payment methods, such as online transfers, gift cards, and other more traditional methods like cash and credit and debit cards.”

It is easy to see why several Bitcoin ATM users will prefer Paxful ATMs to the regional ones run by Paxful’s competition.

Paxful is betting more on the growing adoption of cryptocurrency in Latin America. Recently, the company conducted a survey in which more than 80% of the respondents in Latin America revealed that they were open to investing in cryptocurrency. Paxful may have translated this literary and decided to capitalize on that interest. Acquiring Bitcoin has been the biggest hurdle for newcomers into the scene and this partnership with CoinLogiq will help make the process easier for these individuals.

“The peer-to-peer financial revolution continues to mature in Latin America,” said Magdiela Rivas, Paxful’s Manager for Latin America. “This alliance between Paxful and CoinLogiq will contribute to the adoption and acceptance of cryptocurrencies among Colombians and Latin Americans in general.”

Paxful plans to launch a similar service in Peru with about 25 ATMs planned to be launched in the country according to Rivas.