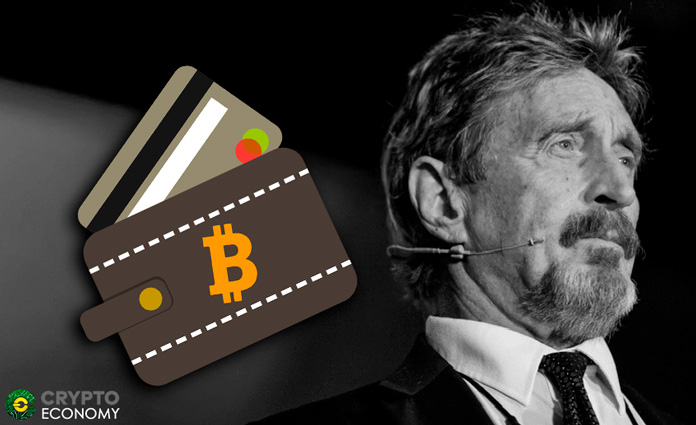 Few will surely remember the name John McAfee especially if you’re not a crypto insider or Bitcoiner. The individual behind the eponymous computer security company, the first of its kind antivirus software company from back in the ‘80s. After the successful feet as an anti-virus developer, McAfee went through a hiatus from the public eye but has since resurfaced following the rise of the blockchain revolution. For the past few years, McAfee has been more of a cryptocurrency proponent than most could ever hope to be especially considering that the technology is in its infancy. Using his massive social media influence, McAfee promoted startup blockchain projects during the 2017 bull run arguably causing their token values to rise exponentially once he recommended them.

In 2016, McAfee ran for the US presidency seat with minimal success a challenge that he is willing to face again in the upcoming presidential election of 2020. Part of his campaign promises in 2016 and his campaign right now is to put in place the right infrastructure to take cryptocurrency mainstream. Few will doubt this statement, however, what may be keeping him from the top seat could be his less than stellar integrity and civic duty records. In the crypto world alone he has earned a reputation of making empty promises.

Case in point, just last week, McAfee made the claim that he knows the real identity of the pseudonymous creator of Bitcoin Satoshi Nakamoto and prosed to reveal the name this week. However, as expected, that was not to be. He came up with a classic excuse of jeopardizing his extradition case if he revealed the real identity of Satoshi. Not to mention that not many were disappointed given his history of broken promises.

Coming in the heels of this past week’s incident, McAfee has another development up his sleeve. A debit card that should make it easier for Bitcoin holders to spend their digital gold in the real world. On Saturday, McAfee tweeted that:

A teaser for what is coming soon: The first crypto credit card accepted EVERYWHERE!

Attached to the tweet was the image of a Visa-branded debit card with the far right part emblazoned the mug of McAfee. The background is colored the flag of the United States with the stripes drawn three broken chains. On the section that has the stars, the card has images of modern technology instead. The bottom left where the name of the cardholder goes is the placeholder title “Freedom Lover.” Right next to the name title in the center of the card is McAfee’s 2020 campaign slogan “Get your soul back.” The most exciting feature is perhaps at the back of the card where a QR code for a Bitcoin address is emblazoned. 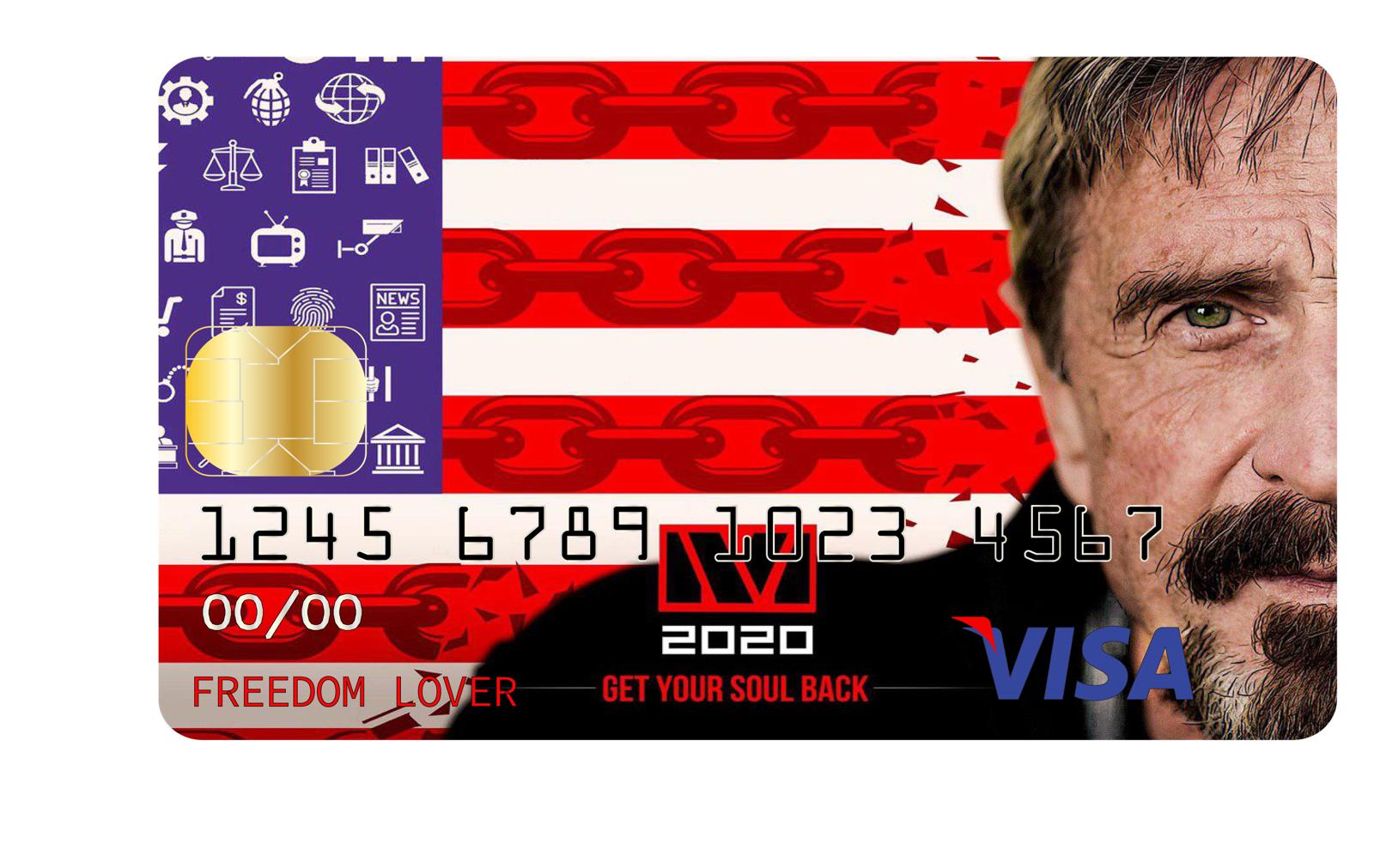 In a follow-up tweet sent a few minutes later, McAfee corrected his initial statement about the new card is a credit card. He wrote:

Sorry – “Credit Card” was a misnomer. More like a debit card. You load it with Bitcoin then use it anywhere. We convert to local currencies.

This means that with the card, the user loads funds into the card account and uses the card to make payments in fiat and also withdraw funds at Visa-branded ATMs worldwide.

Not many would entertain the idea of a McAfee’s face on their debit card and apparently this is a matter that his team anticipated. So to solve that part of the challenge, only the first few thousand cards will ship with McAfee’s face on it. He tweeted this with derision to his critics saying:

P.S. Only the first 12,000 have my image on it. After that, all cards shipped will be plain. My haters will have to wait.

Many are hoping that given McAfee’s history of broken promises, that for once this would be actualized. The idea is solid and if such a product were to be introduced to the public, it would make spending Bitcoin a lot simpler, something that several Fintechs have been struggling to bring to market for a long time.