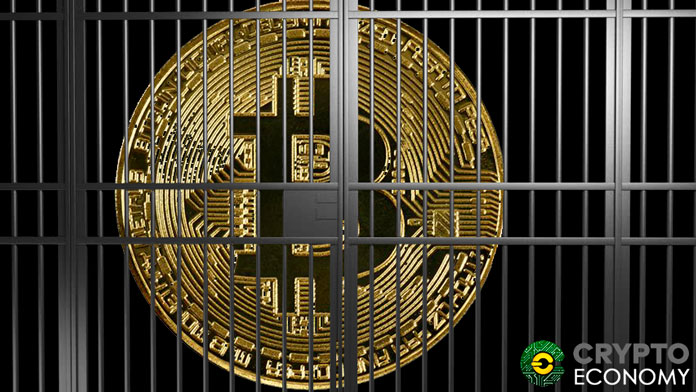 Miners, traders, hodlers, and users of cryptocurrency will soon be considered criminal offenders and liable to a jail term not exceeding 10 years if a new bill introduced to the Indian legislative body will be accented into law. The bill titled “Banning of Cryptocurrency and Regulation of Official Digital Currency Bill” is the latest attempt by the government of India to ban cryptocurrency usage in the country as it ramps up plans to launch its state-backed cryptocurrency dubbed the Digital Rupee.

According to a report by Bloomberg Quint, the offense will be considered “cognizable and non-bailable” which means that once an offender has been arrested, they will not be afforded any bail terms. The penalty for such an offense according to the bill is a severe fine amounting in excess of thrice the value of the gains from the activities listed above or thrice the cost to the state, whichever is higher. “If the loss or gain can’t be reasonably determined, the maximum fine that can be imposed may be notified by the government,” the Bloomberg Quint report reads. These are costs added to the jail term.

This bill shows expressly that the Indian government is waging a war against cryptocurrencies and will use its powers to thwart any efforts to undermine the legal currency. Once the bill passes into law, anyone in possession of cryptocurrency will be required to declare it and will have about 90 days to dispose of it off before the government declares it an offense.

In addition, the proposed bill includes proposed amendments to the Prevention of Money Laundering Act of 2002 to include cryptocurrencies and blockchain related activities as potential money laundering activities by either trading, buying or selling them directly or indirectly, suffice to say that the official Digital Rupee will not be categorized under such limitations.

Consultations have been ongoing over the past few months amongst government agencies. The bill has been associated with the Indian central bank, the Reserve Bank of India (RBI). The RBI vehemently denied any associations with the controversial bill earlier this week claiming that it had not been involved in any kind of communication with the central government regarding the proposed bill. The RBI pushed forward its plans to launch the Digital Rupee from earlier this year until an unspecified date claiming it was not harboring any plans to launch a cryptocurrency. The bank cited cybersecurity threats and money laundering concerns as reasons for making the decision to postpone the launch.