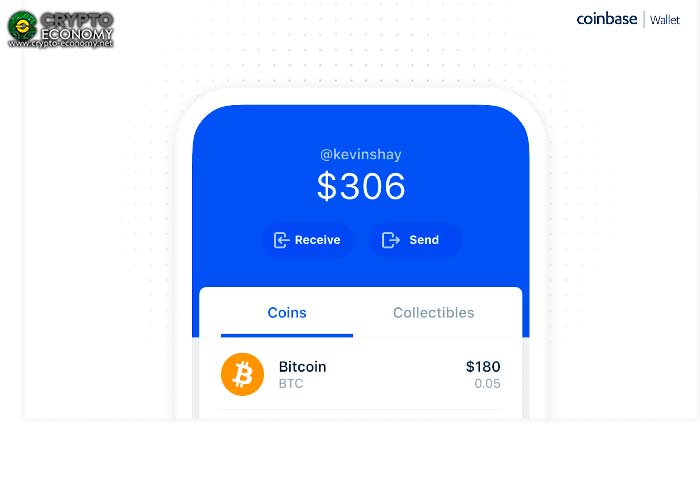 Formerly, the wallet was used to store private keys for Ethereum and Ethereum related tokens such as ERC-20 and non-fungible ERC-721 collectibles. Why it took so long to enable support for BTC is beyond us. According to a prior Coinbase announcement, more coins are scheduled to be added in the near future including Bitcoin Cash [BCH] and Litecoin [LTC].

It is worth noting that the Coinbase Wallet is not the same as the standard Coinbase web-based platform that also happens to be accessible through both iOS and Android mobile platforms. With the standard web-interface, Coinbase stores account holder keys which technically means that they control the users’ funds.

However, with the Coinbase wallet, users will finally have the much-sorted privacy from the leading cryptocurrency exchange. Users of the wallet will not be supposed to jump through any KYC/AML identification hoops and will be responsible for their own keys. Per the announcement, the wallet app will encrypt and store the keys in the user’s mobile device thanks to the Secure Enclave technology.

“Our goal with Coinbase Wallet is to create the world’s leading user-custodied crypto wallet. Coinbase Wallet already supports Ethereum, Ethereum Classic, and over 100,000 different ERC20 tokens and ERC721 collectibles built on Ethereum. Adding support for Bitcoin is an important next step in that direction,” the announcement read.

The now updated Coinbase Wallet will offer support both for SegWit addresses that offer users lower transaction fees and Legacy addresses which means that the wallet is backward compatible. Not only that, the Coinbase Wallet ships with support for the Bitcoin Testnet, a feature that will be highly appreciated by Bitcoin developers and enthusiasts alike. The Bitcoin Testnet can be accessed through the advanced settings.

0
Bitcoin is wavy, but encouragingly there are signs of strength at the time of writing. Overall, buyers are beginning to take charge after fears...
Read more
Companies