Bitcoin [BTC] Falls Below $8K and the Bears are to Blame 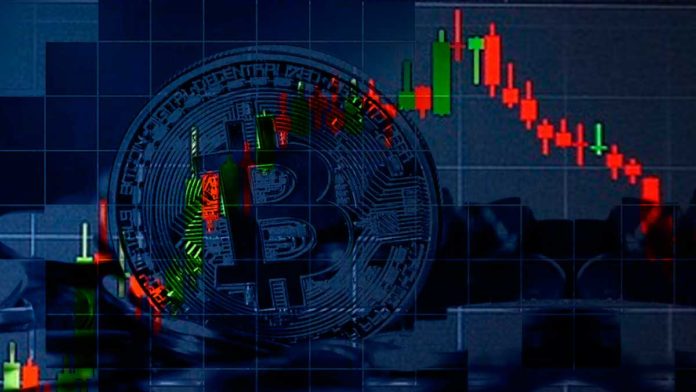 The price of Bitcoin has bowed to downward pressure after breaching the $8,000 support on Thursday, November 21st. the price of the flagship cryptocurrency has fallen to a low of $7,500 according to data provided by industry data aggregator Coinmarketcap.

The Bitcoin has been on a downward trend over the turn of the month losing about 18% since the start of November.

As expected, the entire cryptocurrency market has flowed the trend with close to all major cryptocurrency assets seeing a sea of red over the last 24 hours.

Other major coins such as EOS, Litecoin and Bitcoin Cash are down about 7 to 10% over the last day.

The only coin that has yet to respect the trend (other than stablecoins) is Tezos which has posted mildly positive gains in the last 24 hours seeing about 3% gains.

So what caused the sharp fall of Bitcoin?

It is still not yet clear what caused the Thursday bear move but most analysts are pointing towards speculative factors.

Bitcoin was holding onto the 200-day moving average (MA) around the $8k region which was broken on Thursday. Following this bearish signal, several traders opted to sell their stash as others opted to short the trend.

“There’s a lot of short-term players in the market and it is their job to make money,” said Zenith Ventures’ research partner Dmitriy Berenzon. “When you look at on-chain metrics, I don’t think anything special has happened.”

Lack of conclusive factor to associate the fall to, the community is now speculating on the reasons that may have caused the fall and chief among those is the recent negative stance from the Chinese regulatory scene.

Last month, China President Xi Jinping expressed support for blockchain technology which saw the price of Bitcoin rally more than 40% in less than 24 hours, the biggest gain in that period since 2011.

“This price drop is a technical move; this is where the price was before the news of China’s support of blockchain, which is not crypto,” Joe DiPasquale, the CEO of BitBull Capital told Bloomberg on Thursday.

“So, the price of Bitcoin is simply returning to normal.”

The BitBull executive added that:

“Sentiment is generally poor right now — obviously holidays are coming up, we haven’t seen as much institutional pickup of tools like Bakkt, for example, that people were expecting.”

There is generally a bearish sentiment in the market as more losses are expected. The price of Bitcoin has stabilized around the mid-$7ks but for how long, that is the debate.

0
Cypherium is the latest partner of Chainlink that will use its decentralized oracle solution. This company that is focused on scalability and decentralization of...
Read more
CryptoNews

0
Bitfinex launched a new staking service on its subdomain that will provide staking reward for depositing cryptocurrencies to users. The exchanged announced the service...
Read more
Cardano News

0
The blockchain community is trying hard to continue holding events amid coronavirus pandemic as a way to grow the ecosystem. Virtual conferences held around...
Read more
Companies

ShapeShift Enables Crypto Purchases in the US Using Debit Card

0
ShapeShift, a Switzerland-based crypto exchange has partnered with Wyre payments processor to enable its US-based customers to purchase cryptocurrency directly using their debit cards. ShapeShift...
Read more
We use cookies to ensure that we give you the best experience on our website. If you continue to use this site we will assume that you are happy with it.OkPrivacy policy