Bitcoin [BTC] – Coinstar in Collaboration with Coinme Expands its Bitcoin Buying Service to 2,200 Locations across 21 US States 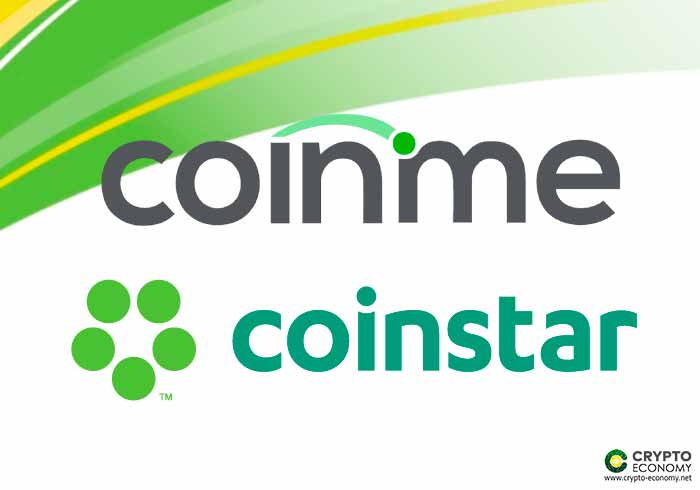 Coinstar, the mega US ATM kiosks operator has expanded its Bitcoin buying service in collaboration with blockchain startup Coinme to 21 states across the United States and the District of Columbia. The expansion was announced on Wednesday through a press release that stated the service will be enabled for 200 more ATMs in an extra two states making the total states supported by the service to 21 from 19 a month ago.

“Consumers can now walk into their local grocery store and buy Bitcoin,” the release read adding that “The new service represents the easiest and most convenient way to buy the digital currency with cash, by simply visiting a kiosk located inside select grocery stores or retailers such as Albertsons, Jewel, Safeway, Shaw’s or Save Mart, among others.”

According to the announcement, only dollar bills are supported to a maximum limit of $2,500 per transaction at a fee of 4% for every transaction. Some of the major cities that the service operates at include Houston, Los Angeles, San Diego, Boston, Seattle, and Washington D.C, among several others.

Coinme’s co-founder and CEO Neil Bergquist is quoted in the release as saying that “Bitcoin and other digital currencies offer unique benefits to consumers — including the potential for more cost-effective and faster remittances to family and friends. We’re thrilled to team up with Coinstar to make Bitcoin more accessible to consumers than ever before and offer a key component for the new digital currency economy.”

There are four simple steps to purchasing Bitcoin using the Coinstar ATM kiosks. As described in the release, a user will have to visit a select Coinstar kiosk that is powered by Coinme and deposit their dollar bills.

“The response to being able to purchase Bitcoin at Coinstar kiosks has been extremely positive with overwhelming demand by both consumers and new retailer partners,” said Jim Gaherity, Coinstar CEO. “We are incredibly pleased with this collaboration with Coinme and are eager to continue expanding to new markets in the coming months.”