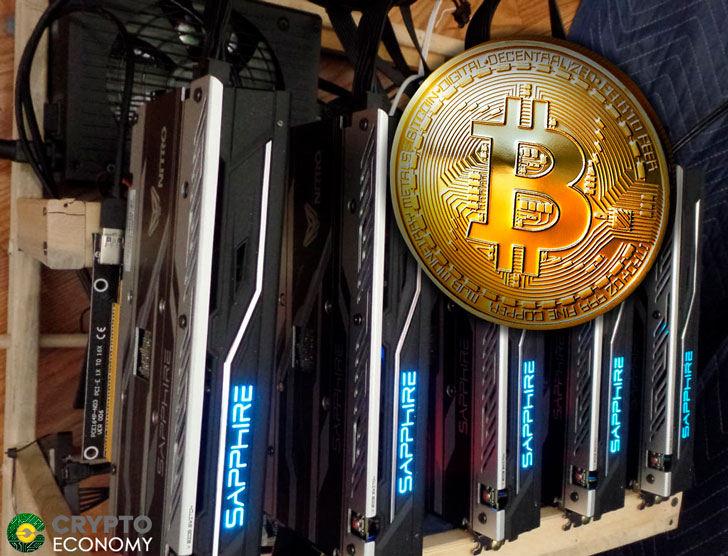 Bitcoin mining revenues are back on the rise following a 19-month downtrend period that underscored the cryptocurrency bear market. This information has been shared by cryptocurrency research firm Diar through their most recent newsletter edition on March 4th. Bitcoin the flagship cryptocurrency fit an all-time high price figure of $19,700 back in December 2017 and unsurprisingly, this is the month that miners reported the largest revenue figures. Diar states that miners made close to $951 million, an inflated figure if compared to recent 2019 revenues. In January 2019, miners made $210 million while February represents the worst performing year yet since August 2017 with revenues of $195 million. 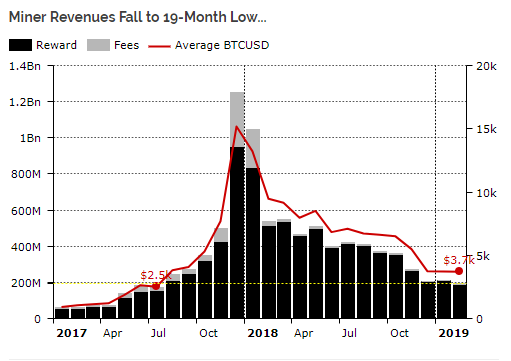 Miners that are heavily invested in Bitcoin are having a rough time right now as according to Diar, they find themselves in situations that force them to deploy more hash power to mining Bitcoin just to stay afloat. “To make matters slightly more difficult, miners running optimal equipment and who have secured wholesale electricity prices have seen their gross margins squeezed requiring a massive deployment of hash power in order to stay afloat,” the report states. 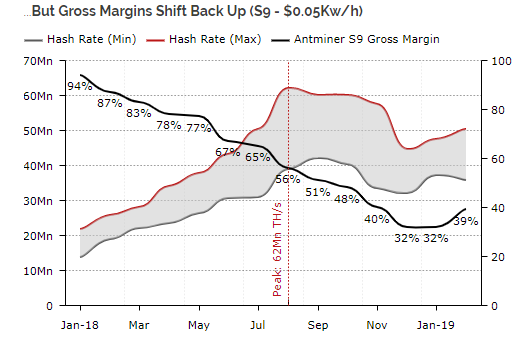 There is a silver lining, however, as Diar reports a reversal in the downtrend in February 2019 for the first time since December 2017. In the report, the gross margin for miners has fallen from 94% back in January 2018 down to 32% a year later. The silver lining lies in the fact that February saw an uptick in these margins rising to 39%. Hash rate has been on the rise since its fall back in December 2018 which could signify a return in investment back into the Bitcoin mining equipment. In December last year, Chinese miners were reported to be selling their mining equipment by the kilo, a scenario that symbolized a debilitated state of affairs.

Diar predicts that going forward it seems that capital expenditure is returning to Bitcoin mining equipment which means that more miners are returning to business. Mining equipment is also being improved with the latest Bitmain chipset released at the start of the year, it has sold-out twice now and the next shipment is slated for April. It is the most powerful chipset in the Bitmain lineup which gives any miner with the S15 a clear advantage in the mining process. As more of these machines flood the market, the hash rate is expected to keep rising.