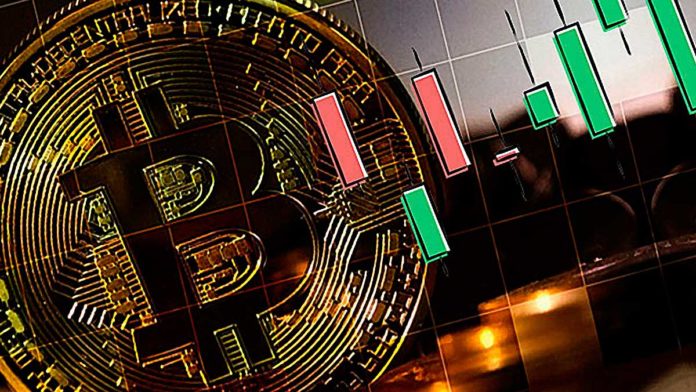 The price of bitcoin has a major uptrend over the past few weeks following a dip to yearly lows around the end of the second week of March.

Over the last 24 hours, the flagship cryptocurrency has registered gains more than 10% crossing the $7,000 mark in the afternoon of April 2nd.

Cumulatively, the price of the leading coin has risen close to 90% following the bloodshed trend of March 13th which saw the price touch yearly lows of $3,850 according to data from Luxemburg-based exchange Bitstamp.

The global financial panic may have gripped investors causing fear and uncertainty – two reasons that led to the bitcoin price fall back on March 12th.

Fear in the market causes panic which results in massive selling. Traditional markets did not fare any better as stock prices also followed a similar trend.

In a bid to save the economy, the US Federal Reserve bank announced mitigating measures including limitless quantitative easing (QE) which may have led to the resuscitation of the global economy.

However, we may not be out of the woods yet as the COVID-19 pandemic stretches on and a majority of the markets remain closed.

Following Bitcoin’s Thursday price gain, several other cryptocurrencies have seen noticeable gains including Ethereum, Ripple, and a bulk of the top 20 assets on the Coinmarketcap list.

Monero and Bitcoin Cash are the biggest gainers in the last 24 hours with the former jumping about 9% and the latter 7% according to Coinmarketcap data.

Ethereum, the second-largest asset by market cap saw percentage gains of about 5% as the price of the coin rose to a high of $146. The coin has largely mirrored Bitcoin’s price trend albeit with less impressive gains. Since its March 13th fall to just under $100, the coin has gained about $50, about 50% in three weeks.

These are impressive numbers given the circumstances and the general fear in the overall market, however, we’re afraid the fear part is commanding prime time in most media which works to obfuscate the tremendous gains most assets have been making in the recent past.

So what next for bitcoin? The price of Bitcoin is expected to rise gradually as it approaches the May halving. Market experts have predicted that this halving may be different as compared to the previous two since the bitcoin market is more mature now. This means that they do not expect as much of a price tick but this remains to be seen.

0
Bitcoin (BTC) has once more tanked below the $20,000 level after a week long struggle. The cryptocurrency market along with Ethereum (ETH) and popular...
Read more
CryptoNews

0
The third day of declines for Bitcoin has seen the price of the crypto asset slide around the crucial $20K mark again. It was...
Read more
Bitcoin News