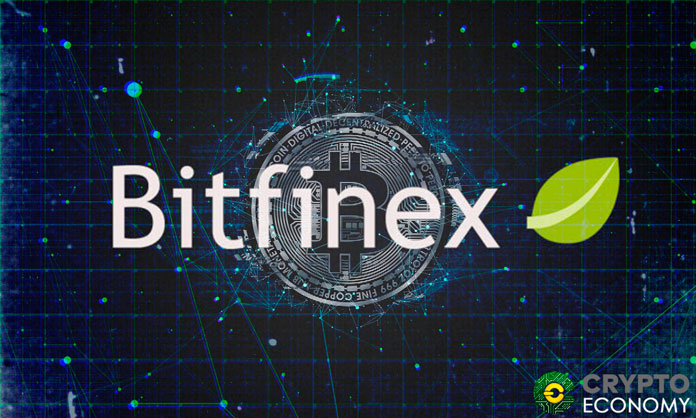 185 bitcoins, currently worth about $1.5 million have been on the move from one unknown bitcoin address to several others. The bitcoins have been identified to be a portion of those that were stolen back in August 2016 from the Bitfinex exchange. A total of 120,000 bitcoins valued at $66 million at the time of the hack (now worth about $973 million) were stolen and have since been sitting still. The transfers, which totaled to six and reported by the Twitter bot Whale Alert, only represent about 0.15% of the total BTC stolen.

The BTC was tracked on Friday, May 7th starting at 06:08 AM UTC and the sixth transaction recorded at around 19:47 UTC. The transfers were denominated in varying amounts with no two equal amounts being transferred. The largest transfer was for 80.94 BTC worth about $640,000 and the least was 17.03 BTC worth about $135,000. 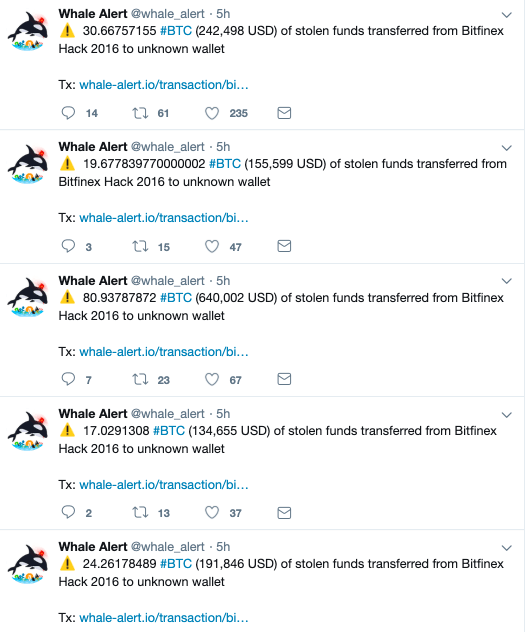 There has been speculation that the movements of the stolen BTC are as a result of Bitfinex’s recent developments with the launch of the LEO token. The LEO whitepaper, which was released earlier last month details that Bitfinex continues to pursue the hackers putting in place strategies for appealing to the hackers to return the stole funds both safely and securely. The exchange has even offered to let the hacker keep a portion of the funds as appreciation for their cooperation in resolving the matter.

However, a representative from Bitfinex has denied any connections to the said movements of the stolen funds. Anneka Dew, who is Bitfinex’s marketing director stated that:

We are not involved, and the movement is not tied to the procedure outlined in the UNUS SED LEO white paper.

About 22.66 of the stolen funds were recovered earlier this year in February, an amount that is worth a measly $104,000 at the time of the recovery. Back in 2016 when the hack happened, it was ranked the second largest hack after the infamous Mt. Gox hack of 2014 that saw the then leading Bitcoin exchange to lose a massive 850,000 BTC.