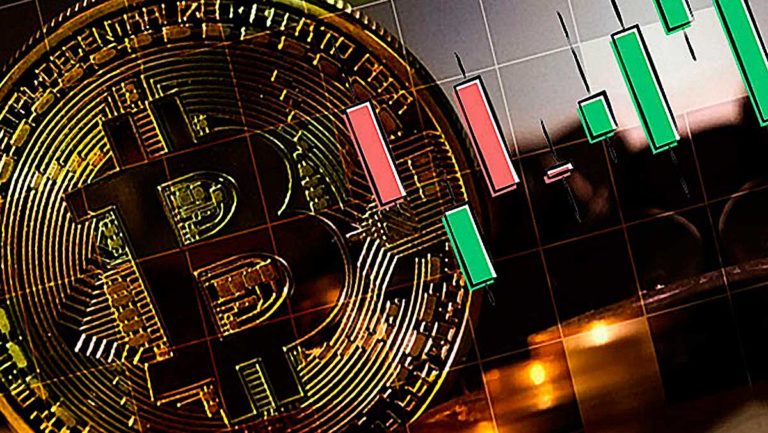 Bitcoin prices and upside prospects were questionable just a few days ago. Then, there were fissures on Bitcoin price action threatening to cave in and send the markets to the abyss full of marauding bears. But things have been changing quickly—for the better.

While China goes for the Bitcoin and crypto jugular, regulators in the U.S. sense opportunity and are laying a soft landing for the billions of potential businesses landing in from China.

Chairman of the Federal Reserve, “We have no intent to ban cryptocurrency”pic.twitter.com/OasIksRODd

And according to Jerome Powell, the U.S. has no intention of banning cryptocurrency—a different approach from China that purged crypto from its ecosystem as they aim to go green.

The chair of the FED said cryptocurrencies, nonetheless, should conform to the law since these digital assets act more like money market funds which, therefore, shouldn’t be exempted from applicable rules.

There were earlier concerns that the U.S. would crackdown on cryptocurrencies like stablecoins—most of which regulators maintain are securities but critical, priming ecosystems such as DeFi and the wider crypto scene.

Even so, the rate of BTC adoption is impressive.

1 million dollars in remittances being received every day.
#Bitcoin🌋🇸🇻

Beyond El Salvador, whose president said Bitcoin is helping ease remittance, subsequently seeing over $1 million of value moved, there could be further movement in Illinois.

There, its senate will vote on making law a proposal that will allow banks in its jurisdiction to hold BTC and other cryptocurrencies. This way, the state would follow in the path of Wyoming. 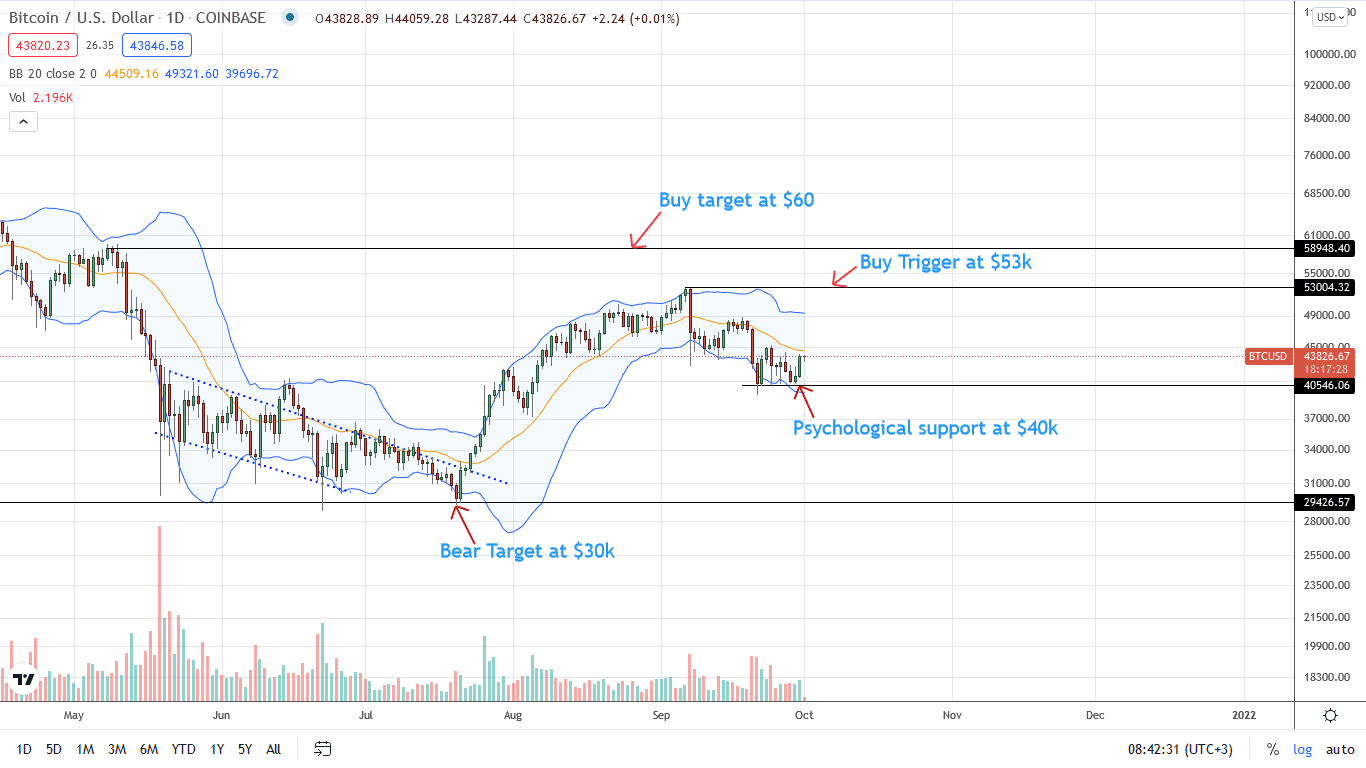 The Bitcoin price is steady at the time of writing without super gains versus the greenback as per price action in the daily chart.

With a wide-ranging, high-volume bull bar concluding September, there could be more room for growth and bear trend reversal in the days ahead.

Accordingly, every low might provide entries for aggressive traders. Specifically, a close above $45k and the middle BB might signal the end of the bear run, allowing BTC prices to bounce back towards $50k—or better.

However, there could be a concern if there are deeper losses below September 2021 lows of around $40k. Therein, a breach would see the coin collapse, retesting $36k.