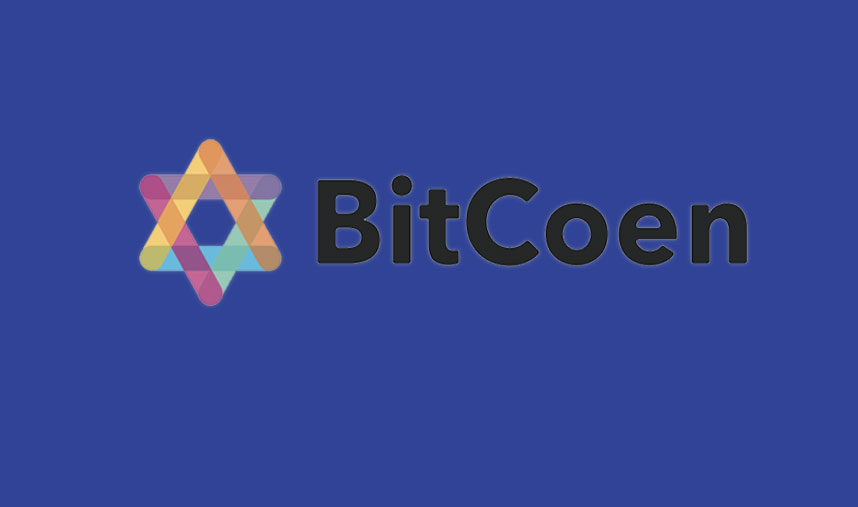 The development of tokenized platforms continues to show growth possibilities for the well-being of the communities that congregate around each of these proposals. It is part of the essence of the decentralization of these economies that makes them fascinating. This is the case of a new cryptocurrency created to strengthen the bonds of the global Jewish community: the BitCoen, and we will talk about it here.

BitCoen (BEN) is the first official “kosher” cryptographic token, which is based on a business platform and service system, created for interaction between representatives of Jewish communities around the world. The main idea is the mission of the Bitcoen project: the strengthening of the Jewish community and the relationships among its members.

BitCoen has the support of the Jewish community in Russia. The project received the support of community members in Germany, France, Spain, Italy and Russia. Alexander Boroda, president of FJC Russia, said: “We support initiatives that do not contradict, but help our community grow and be more modern, with respect to time and technological trends … Jewish communities even more united around the world.”

The platform will also have its own mobile wallet, which has an integrated software that allows to determine in a given radius, the point that accepts BitCoen. The user does not need to search too much for stores and places where he can spend points, the program will show these points in real time. 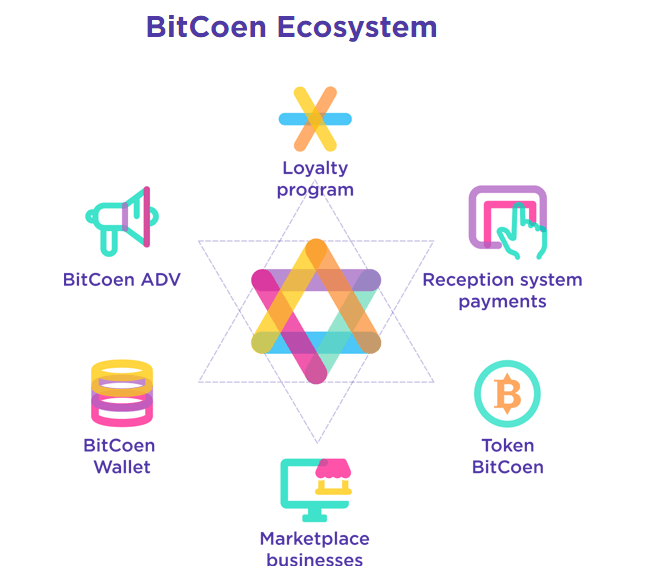 When paying in retail stores with BitCoen, other cryptocurrencies or fiduciary money, BitCoen points are obtained, which can be spent anywhere BitCoen is accepted as a payment method. The validity of the accumulated BEN is not limited. The BitCoen loyalty program does not limit the number of points accumulated.

The BitCoen ADV Advertising Platform as part of the BitCoen ecosystem allows the trading partners of the system to obtain new users of their services, attracting them to products within Market Place, as well as to their online partners. The details of the platform focus on an audience of representatives of the Jewish community. In this case, they combine BitCoen partners in a single advertising network through which they can obtain benefits by selling traffic to other partners or customers or get new customers, but without spending on advertising.

BitCoen Platform is a point of entry for both the user and the commercial representative, joining them in a single platform, where users can buy goods or order services directly from many suppliers, and companies sell their products to representatives of Jewish communities around the world. Each user and company connected to the platform is a member of the BitCoen Loyalty loyalty program, and also has the ability to accept payments through Bitcoen Pay and pay for internal paid services with BitCoen tokens.

The BitCoen Blockchain Project was originally conceived as a service system, which can qualitatively improve the lives of the Jewish community.

Can I buy BitCoin tokens?

During the Token Sale, the value of a BitCoen token (BEN) will be equal to one US dollar. After completing the sale of Token, the value of the tokens will be regulated by the market.

Anyone can buy BitCoen tokens. However, the marketing activity is aimed at the Jewish community. It is assumed that 80% of BitCoen will focus on Jewish communities around the world.

BitCoen is the first altcoin that can be purchased through ATM at the Bauhaus Center in Tel Aviv.

You can learn more details about this cryptocurrency on your Telegram channel, as well as on Twitter.