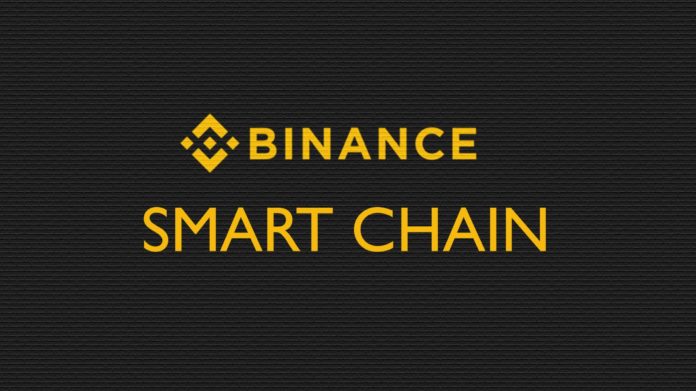 Binance Smart Chain might be the new kid in the block, but it has managed to break records in a relatively short span of time. The blockchain network processed a whopping 12.9 million transactions on the 28th of July.

This essentially means the BSC processed 150 transactions per second [TPS] on the mainnet, not in isolated environment tests or white paper. Upon closer inspection, it was found that the transactions in question were not “light” such as BNB or BEP20 transfers. In fact, according to Binance, these are heavy transactions since many users were “fighting” each other in the “Play and Earn.”

According to the crypto exchange, the series of heavy transfers was triggered by GameFi decentralized app from MVBII which drove the total gas used on Binance Smart Chain to over 2.05 million on the 28th of July. On the contrary, BEP20 transaction that generally cost around 50k gas, which can facilitate 41 million transactions, and stand for 470 transactions per second.

As a result, the overwhelming volume induced network congestion on that for nearly 4 hours, and many low spec or old version nodes could not pull alongside with processing blocks in time.

Developers from Binance, dApp project teams as well as infrastructure project teams, have all joined hands to improve the capacity of BSC and will aim to optimize the EVM, peer-to-peer [P2P] networking, and storage systems. According to the platform, the upcoming improvement will not only help the BSC community but also feedback to all EVM-related blockchains, including Ethereum.

While revealing that the gas ceiling limit will be raised eventually, Binance noted,

“Although we climbed a new peak, there are higher ones ahead. As more and more users are using BSC, a larger throughput is required and we believe that BSC has the potentia to achieve this.”

Despite this minor setback, it is needless to say that BSC has been stealing Ethereum’s thunder. The network handles far more transactions than the latter, thanks to low transaction times and fees. However, Julian Tan, Business Development & Ecosystem Growth at Binance Smart Chain believes in complementing rather than competing. In a recent interview, the exec was quoted saying,

“We believe that there will be many more versions of BSC to come and obviously the newer versions will aim to solve any barriers on top of the blockchain. In the coming years, every decentralized app will be supported, integrated into every other blockchain.”

0
Globally renowned asset management firm GoldenTree has disclosed a $5.3 million investment in the decentralized exchange, SushiSwap. The exchange has its own governance token,...
Read more
Companies

0
In a recent event, the Chairman of the United States Federal Reserve, Jerome Powell shared his views about the expansion of Decentralized Finance. He...
Read more
CryptoNews

0
Galaxy Digital is a financial service innovator in the digital asset and blockchain space. It is known for incorporating new technological changes in the...
Read more
- Advertisment -
Posting....