Home CryptoNews Companies Binance Rolls Out P2P Trades in China with Support for WeChat and...
CryptoNewsCompaniesFeatured 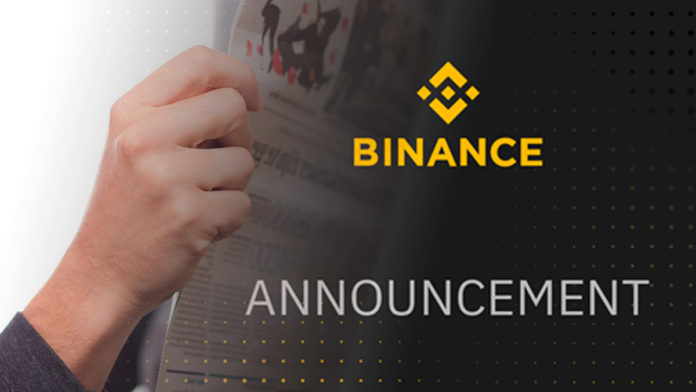 Popular cryptocurrency exchange Binance is slowly expanding its service provision back to its homeland in China. This week, it announced the launch of the peer to peer fiat-to-crypto onramp that will allow Chinese traders to buy and sell their cryptocurrency using Chinese Yuan currency.

In addition, Binance’s CEO Changpeng ‘CZ’ Zhao confirmed on Twitter that it is allowing its users to make payments on the new platform using the popular AliPay and WeChat Pay payment services.

This is big news but CZ was quick to point out that Binance had not partnered with the two payment services but only enabled the support in order for its users to make purchases of cryptocurrency easier.

“Some confusion by some news outlets. @Binance is not working directly with WeChat or Alipay,” CZ said on Twitter on Wednesday.

“However, users are able to use them in P2P transactions for payment. Still not a small feat. But words/meaning get twisted as they are passed around.”

The new P2P service will support the trade of three cryptocurrencies namely Bitcoin, Ethereum and leading stablecoin Tether [USDT]. This means that now Chinese users are able to buy BTC, ETH and USDT using the Chinese Yuan and use their Alipay or WeChat Pay wallets.

This is, however, interesting as neither of the two services supports the use of their wallets for cryptocurrency payments. This is because, in China, trading in cryptocurrency is prohibited by the central bank The Peoples Bank of China (PBoC).

The PBoC gave the directive for Chinese businesses to refrain from working with crypto-affiliated merchants back in 2017. Following this directive, several Chinese-based crypto traders have resorted to using peer to peer and OTC desks to buy and sell their digital assets.

Leading crypto exchanges OKEx and Huobi have been these customers through their OTC desks and now Binance has joined the fray and with the integration of WeChat and Alipay, Binance’s offering is poised to make waves in the country.

WeChat is among the leading social media networks with active daily users in excess of 1.1 billion according to Statista. Alipay, on the other hand, is not that far behind with an average of more than 900 million users as reported by the China Daily post.

Speaking to industry media, a Binance spokesperson said that:

“Technically, Binance as a P2P platform itself is NOT integrated with WeChat/Alipay payment, but the vendors or users on the platform accept WeChat/Alipay transaction for crypto trading.”

Think of it as transacting with a buyer or seller who accepts WeChat/Alipay methods.

“Binance only provides the onramp for OTC trading by building an intermediary platform on which both the merchants and the users trade freely.” The spokesperson added.

The newly launched OTC desk is available on Android so far but iOS and web support will be rolled out soon as revealed by Binance this week.

0
As Anthony Scaramucci, the CEO of Skybridge Capital, said on Monday, there are two factors that will drive bitcoin's demand in the long term....
Read more
BNB News