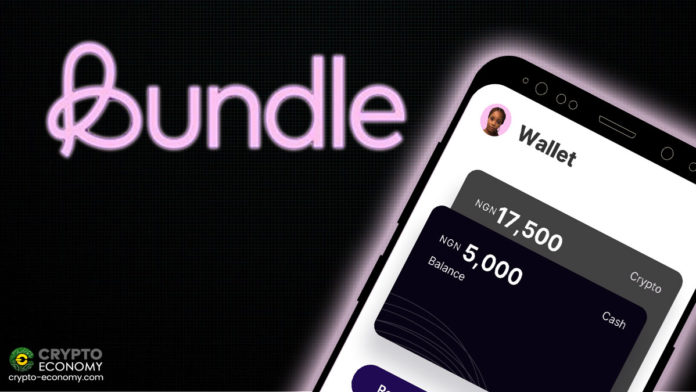 Leading cryptocurrency exchange Binance has launched a social payments app targeted at the African market. Dubbed Bundle, the new app was announced today and has launched initially on the Nigerian market.

As described by Binance in a blog post, ‘Bundle’ is a social payments application that will serve to onboard new users to the Binance ecosystem as well as serve as an off-ramp. Bundle launches with initial support for one fiat currency – the Nigerian Naira – as well as three cryptocurrencies – Bitcoin [BTC], Ethereum [ETH] and Binance’ native token the Binance Coin [BNB.]

Leading the project is former Binance Labs director Yele Bademosi who founded the application last year. Bundle raised about $ 450,000 from Binance and other venture investors in a pre-seed funding round in September 2019. It is a Binance Labs incubated project but, according to the blog post, will operate indepently from Binance exchange.

“Bundle allows users to request, send, and receive cash or crypto from their peers,” Binance explains. The vision behind Bundle is for the app to “evolve into a super-app with a native digital wallet that supports crypto and cash – one that becomes an ultimate utility in everyday life for Africans and the world.”

“We built Bundle with the digitally native African user in mind. They are social, online, and connected across geographical boundaries. They prefer their financial services delivered digitally via mobile apps as opposed to visiting brick and mortar bank branches,” Bademosi said in a statement. “We decided to build a mobile wallet that supports cash and crypto, and makes using crypto feel like just another digital financial transaction done on a mobile app.”

The African market is grossly unrepresented in the global economy and the introduction of cryptocurrency is hoped to correct this unfortunate occurrence. Cryptocurrencies are easy to use and access, however, as noted by Taiwo Orilogbon, chief technical officer at Bundle, only a small percentage of the total population in Africa is currently using crypto which presents a huge opportunity not just for Binance to dominate the market.

“We believe Africa has several characteristics that make it a prime geographical location for the realization of the full potential of digital currencies, blockchain, and its applications. Currently, only 1.4 million people out of 1.2 billion people in Africa use crypto today.”

Bundle has launched without transaction fees however, KYC verification has been implemented. Also, both withdrawal and deposit limits have been implemented. The Bundle App has been released on the Google PlayStore and is available for download. iOS version will be launched soon in the “coming weeks.”