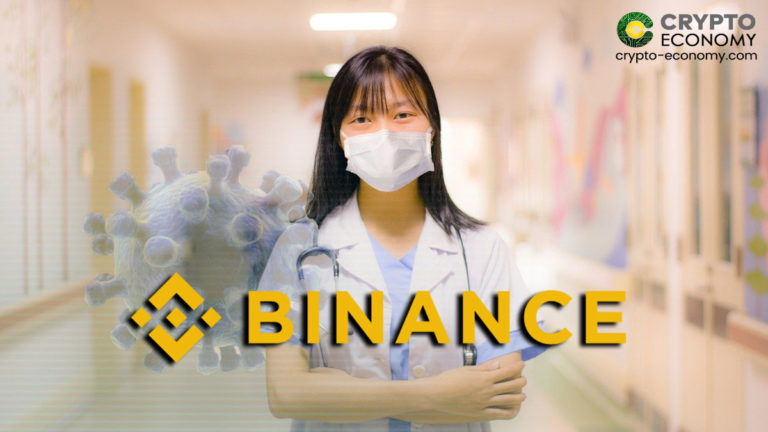 Leading cryptocurrency exchange platform Binance has kick-started a new campaign to raise at least $5 million to be used towards fighting the novel COVID-19 global epidemic. Titled ‘Crypto Against COVID’, the new initiative will be spearheaded by its charity arm Binance Charity Foundation (BCF).

According to the Wednesday announcement, Binance will be accepting donations in four cryptocurrencies which are Bitcoin [BTC], Ripple’s XRP, Binance’s stablecoin [BUSD] and Binance’s native platform token [BNB].

Looking at the Crypto Against COVID page, so far there have been about 17 donors that have contributed an equivalent of 151.81 BTC (valued at 1,005,838.62 USD). This figure includes Binance’s initial $1M donation which it made in the form of BUSD. The donation page also shows that the campaign began on March 24th, however, Binance made the announcement on Wednesday the 25th.

The COVID-19 virus, part of a group of Coronaviruses first discovered back in the early 21st century was initially reported in China with the first victim to be reported having been infected on December 31st, 2019. Following this date, the virus went on to infect several other people in China. 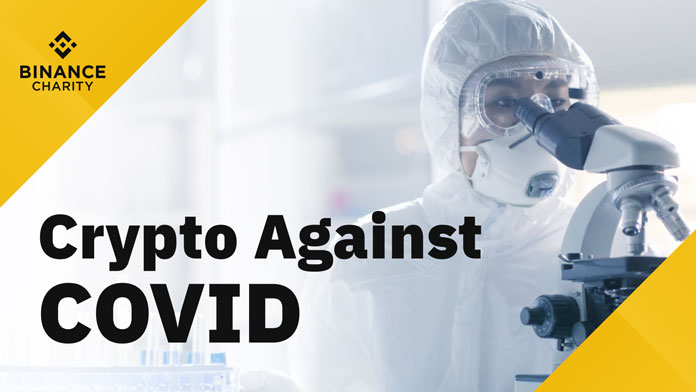 The virus was so severe that several groups and philanthropic individuals came out to support the leading economy in Asia. Binance was one of them and in January 2020, the exchange, through its BCF organization launched a project dubbed “Binance for Wuhan” through which it donated more than $10,000,000 RMB (~$1.4M USD) in medical supplies.

The exchange did not stop there. As the virus has spread across the world, the exchange has increased its efforts towards fighting the epidemic with constant donations and well wishes. According to Binance,

Helen Hai, the head of BCF said that,

“most important element of human life is to show compassion and help others as we can, without the limitation or restriction of borders. Blockchain technology enables this in greater capacities than ever before and Binance Charity wishes to bring this to the masses.”