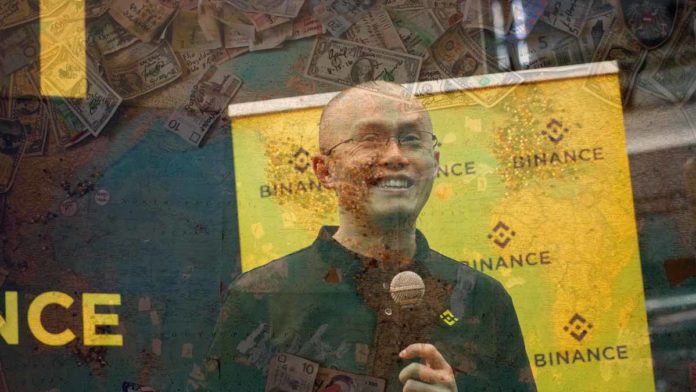 Digital currencies issued by central banks do not pose any threat to crypto, according to Binance CEO Changpeng Zhao.

There seems no threat to other cryptocurrencies from plans by central banks to launch digital currencies as they would validate blockchain technology and build trust among skeptics, the CEO of Binance, one of the most popular crypto exchanges in the world, said on Wednesday.

Most of the major central banks in the world, including the Federal Reserve of the United States, the Bank of England, and the European Central Bank, are studying the possibility of launching a digital version of their currencies, known as CBDC.

At the Web Summit in Lisbon, the largest tech conference in Europe, Changpeng Zhao spoke at a press conference to say the following:

“Is it (CBDC) a threat to Binance or other crypto-currencies? I don’t think so. I very much think that the more we have, the better.”

The CBDC should be able to use the blockchain technology behind cryptocurrency, and governments should adopt the technology as well.

It is hoped that the world will validate the concept of blockchain so that anyone who still has concerns about the technology will be able to say: “That’s right, our government is utilizing the technology right now.”

Despite being different from native crypto, he said CBDC would still be different as a deflationary asset.

In spite of that, he added, cryptocurrency prices have been closely correlated with stock market prices in recent days, with both assets correcting sharply as central banks continue to raise interest rates in an attempt to reduce record inflation in the economy.

CZ believes that the two should be inversely correlated in theory. However, they are moving in the same direction today due largely to the fact that most traders who trade crypto (assets) are also traders of stocks. As a result of the Fed raising interest rates and the stock market crash, people want more cash, so they sell crypto, which makes them more money. The reason for this is that there is still a high degree of correlation between the users.

It is quite interesting to hear what the CEO of the biggest cryptocurrency exchange has to say about CBDC. The CBDC has been considered by many to be a threat to the cryptocurrency industry. Now that we have seen that major players don’t have a problem with it, we are starting to understand why.

We can expect that the crypto industry will grow at a faster rate when more and more people learn more about the blockchain technology behind it. The CBDCs can do a great deal to introduce crypto to many users and make them interested in it.