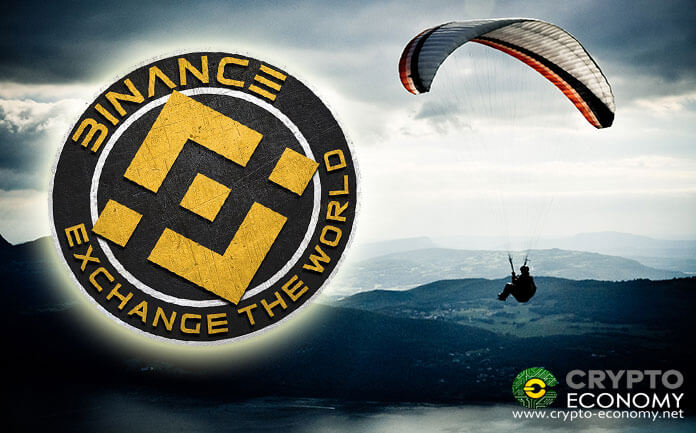 This has been an exciting week in the blockchain space and now as the weekend approaches, Binance also has more exciting news for its community. Binance CEO Changpeng ‘CZ’ Zhao was this week invited together with his team to Seoul, South Korea for the Deconomy event scheduled to be held on the 4th and 5th of April. Yesterday, CZ took to stage to discuss his platform and give any updates. In his speech, he revealed that Binance’s Singapore subsidiary is approaching the launch date.

Binance announced the plans to launch the Singapore crypto-to-fiat exchange back in October 2018. In its announcement then, it stated that it was working with global tech-focused venture capital network Vertex Ventures in bringing the project to light. The launch is now close and according to CZ, the exchange is coming before the end of the month.

In addition, Binance made two more announcements. First, Binance DEX is also rolling out later this month. Binance DEX is Binance Exchange’s version of a decentralized network exchange based on the soon-to-be-launched Binance Chain blockchain.

The Binance DEX launched on the testnet back on February 20th this year and CZ released a video demo of the platform back in December 2018. It basically offers similar features to the current Binance platform with a few extra additions necessary for a decentralized exchange. For instance, a user will be required to take full responsibility for their private keys. CZ has previously described the DEX as “a decentralized exchange with a decentralized network of nodes, where you hold your own private keys and manage your own wallet.”

Finally, another announcement by Binance pertains to its official wallet software, Trust Wallet. Zhao’s team is working towards integrating a staking feature within the Trust Wallet before the end of the second quarter. This feature should come in handy when the wallet enables support for Tezos’ XTZ token whose on-chain governance model involves a Proof of Stake consensus mechanism.

In a prior post describing Binance’s planned Tezos support, they described staking through the wallet as “the act of holding cryptocurrencies as part of the process of running blockchains that use [a] Proof-of-Stake consensus mechanism,” and in addition, providing the individuals holding the staked funds “the ability to vote on changes in the blockchain and receive income for validating transactions.”

0
Crypto companies are halting their operation for Chinese mainland clients following the recent announcement by the People’s Bank of China (PBOC) that puts a blanket on crypto-related transactions and off-shore exchanges.
Read more
- Advertisment -
We use cookies to ensure that we give you the best experience on our website. If you continue to use this site we will assume that you are happy with it.OkPrivacy policy