Binance [BNB] – Binance Launches a Bug Bounty for Its Binance Chain Testnet with $100,000 Up For Grabs 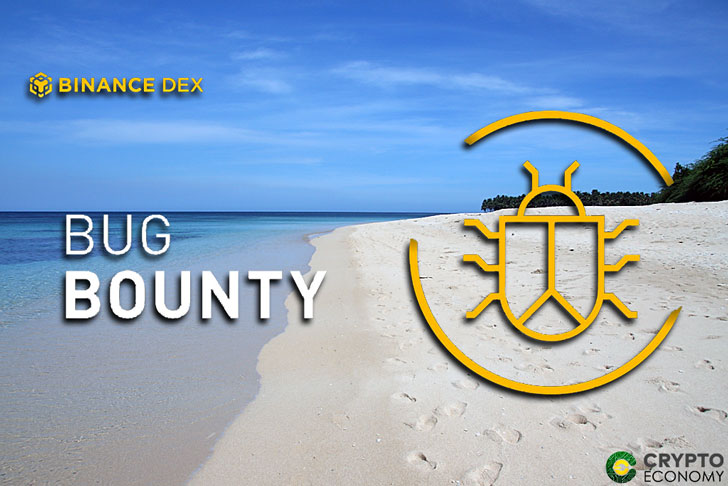 The Binance bug bounty is classified into several categories on account of the severity of the vulnerability. Each category will be rewarded differently. In a brief on the BugCrowd bug bounty program website, the bounty is classified into four clusters. The first cluster class is named the P1 and includes all bugs that are considered critical, whose exploit will be detrimental to either Binance or its users or both. Such vulnerabilities include transaction origin spoofing, wallet leaks that expose private keys of seed phrases, vulnerabilities regarding key generation and encryption/decryption procedures etc. bugs in this cluster will be rewarded between $5,000 and $10,000 in BNB per bug.

The P2 vulnerabilities include severe bugs whose discovery will be rewarded with between $2,500 and $5,000 BNBs. This cluster includes bugs that threaten or disrupt trading and the token economy, vulnerabilities that disrupt the Validator consensus result and performance and DoS attacks on any Binance Chain validator node etc. 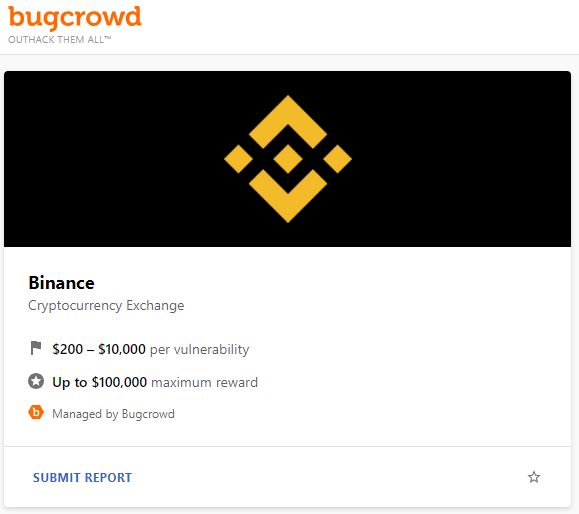 The remaining two clusters include the P3 and P4 with rewards ranging from $600 – $1,500 and $200 – $600 respectively. The bugs that will fall under these clusters are moderate to low impact vulnerabilities such as those that lead to DoS attacks such as those that could sabotage Web Wallet usage, the Binance Chain Explorer or generally those bugs that disrupt the stability or availability of Binance Chain / DEX / Explorer.

This announcement comes a few days after Binance announced another contest that seeks to promote the usage of the just-released Binance DEX trading platform on the testnet Binance Chain. This particular contest is rewarding up to 10,000 BNB for winning participants with the contest starting on March 7th through March 21st.

It seems that Binance is not taking any chances to let the products catch up on their own but has rather has opted to employ the active marketing and incentives strategy that has worked so well with Tron cryptocurrency. As a result of the dogged efforts of Binance, the Binance Coin has risen in market value to the top 10 with a recent ‘flippening’ attempt at replacing Stellar’s Lumens token at the 8th position.

0
BNB is still in the top-5 with more than twice the market cap of XRP, the sixth most valuable cryptocurrency. As per the arrangement in...
Read more
CryptoCurrency News

0
In a recent report published by the Bank for International Settlements, a survey regarding central banks exploring CBDCs was discussed. A recent survey of...
Read more
Companies