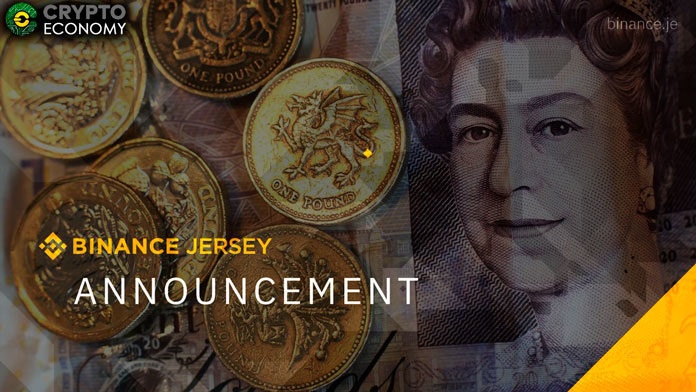 Leading cryptocurrency exchange Binance’s Jersey subsidiary has listed the company’s proprietary British Pound-backed stablecoin BGBP according to a press release shared by the company on Friday, July 19th. This listing is meant to bring more liquidity and increase trading options for its users across Europe. According to an official statement by Binance’s Chief Financial Officer Wei Zhou, the listing was a response to the company’s user base that highly demanded more stablecoin trading pairs. He said that:

There has been an overwhelming demand in the market and Binance community for more stablecoin diversification, including a GBP-pegged stablecoin, and listing BGBP is in response to it.

Binance launched the stablecoin based on the Binance Chain back in early June this year when its CEO Changpeng Zhao confirmed rumors that the company was working on launching its own GBP-backed stablecoin. He said at the time that the exchange was indeed working on the same and that the token would launch in the near future. Zhou, while speaking at the FinTech conference Money 20/20 Europe last month confirmed the news saying that:

$BGBP which we are currently testing and will launch in the future is an effort to diversify the stablecoin assets offered in the ecosystem. In line with Binance’s mission, we would like to provide users with more freedom of choice.

The token is now live and ready for trading for European-based traders on the Binance Jersey platform.

Binance launched the Jersey exchange to cater to specific needs of the European market as well as offer an on and off-ramp for fiat to crypto customers wishing to trade digital assets absent their fiat currencies. The exchange supports five cryptocurrencies in addition to the BGBP stablecoin including Bitcoin, Bitcoin Cash, Litecoin, Ethereum and Binance’s native token Binance Coin [BNB]. These coins are now traded against the British Pound as well as the Euro.

Binance Jersey was launched back in January 2019 as an addition to two other geo-location specific exchanges, one in Uganda and another in Australia. Since the Jersey subsidiary, the popular exchange has also launched a Singapore subsidiary this month bringing the total on and off-ramps to four. Binance has plans to expand this number over the coming months.

0
Binance Smart Chain has emerged as one of the most crucial DeFi products that was championed by the world's leading centralized cryptocurrency...
Read more
Companies

0
In an interview with a Russian news agency, the CEO of Binance Changpeng Zhao has stated that DeFi is here to stay despite signs...
Read more
CryptoCurrency News