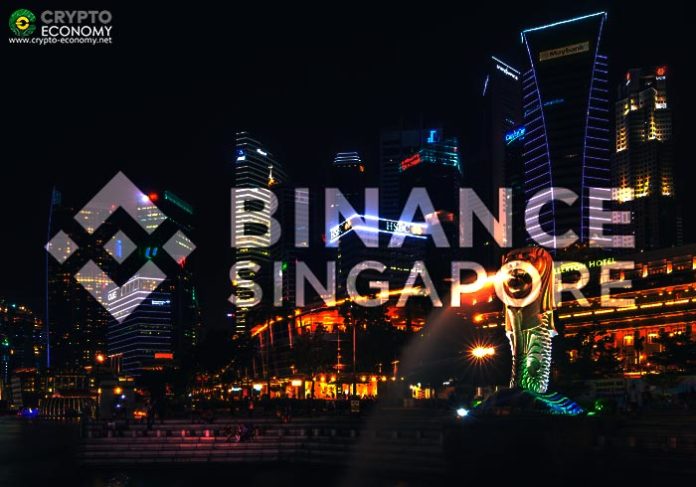 The exchange was previously soft launched back in April of this year and users were able to access up to 3 cryptocurrencies including Bitcoin, Ethereum and Binance’s native crypto Binance Coin [BNB].

The Binance Singapore platform allows its users to make purchases of cryptocurrencies through the use of Singapore’s local banking system dubbed FAST (Fast and Secure Transfers) that enable funds to be transferred between bank accounts swiftly.

Binance has partnered with Vertex Ventures China and Vertex Ventures Southeast Asia and India to make the offshoot a success and so far Binance claims that the exchange has seen a 20% steady growth of users every week for the last two months and subsequent massive growth in trading activity. Binance Singapore is the third installment of the Maltese-based exchange with the first two fiat-onramp platforms launched in Uganda and Jersey so far.

In an exclusive interview with Forbes, Binance CEO Changpeng Zhao (CZ) stated that the main factor that they consider when choosing a location to expand to is the regulatory environment. Demand may be an important factor as well but according to CZ, it is usually affected by the availability or lack thereof of a regulatory structure to support the growth of blockchain.

“Ideally, we want to find both in a market: existing demand and a progressive regulatory environment for growth,” he said adding that “What we have seen is that the latter is often more important, and usually gives rise to the first. That is, favorable regulations usually give rise to big demand.”

CZ praised the Singaporean government in particular for its progressive policies on the use of blockchain in the country. He went as far as predicting a surge in cryptocurrency related activities in the country due to the positive regulatory environment. The Singaporean government has an in-depth understanding of cryptocurrency and is quite open towards financial innovation. So far, based on everything we have seen, we strongly believe Singapore will lead the next financial revolution that is about to happen,” said CZ.

According to the statement, Binance claims that its newly launched platform offers the lowest trading fees of any exchange based in Singapore thanks to another partnership with local Fintech startup Xfers. The startup helps Binance with onboarding and managing transaction volume. More trading pairs are expected in the future once market growth, compliance, and security are assured.