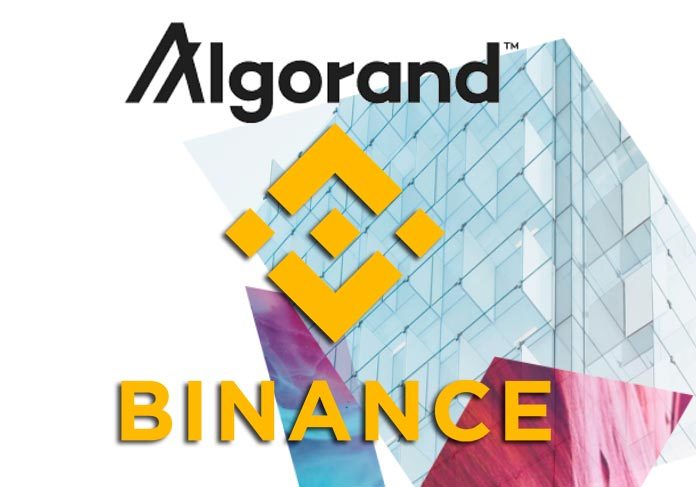 Leading cryptocurrency exchange Binance is increasing its portfolio of staking supported coins with the latest announcement of the addition of Algorand coin being the seventh token to be included.

In a situation similar to last week’s addition of Stellar Lumens [XLM], Binance discovered that it was already staking its users’ Algorand coins [ALGO] without its knowledge and had already be rewarded approximately 220,000 ALGO coins worth about $135,000 as of the announcement time.

Similar to Stellar’s situation as well, Binance is offering to give away the rewarded coins to its users who participate in an airdrop exercise that begins immediately and ends on September 1st when the airdrop tokens will be distributed.

Binance announces that staking for Algorand will begin on Saturday, July 27th, the same day that users’ balances for ALGO will start to be recorded in order to facilitate the upcoming airdrop. Staking rewards will be distributed similarly to the rest of the staking programs where each user will be rewarded the proportion of the contribution of their coins to the total Binance stake.

According to a report by Binance’s research arm, the project is “a permissionless, pure proof of stake (PPoS) blockchain that ensures full participation, protection, and speed within a truly decentralized network.”

The project promises two main features: permissionless and decentralization. In terms of permissionlessness, the network is both free to join as a user and contribute to governance as a staker and validator of transactions.

The project aims to become as decentralized as flagship blockchain Bitcoin but so far it is doing pretty good. The network randomly selects validators to add subsequent blocks to the chain ensuring that not a single user has the power to influence the network.

“Algorand is dedicated to fulfilling the global promise of blockchain technology by leveraging the Algorand protocol and open-source software,” Binance Research states in their report.

“With core beliefs in the establishment of an open and permissionless blockchain, the Algorand team has a vision for an inclusive ecosystem that provides an opportunity for everyone to harness the potential of an equitable and truly borderless economy.”

0
Algofi and Algorand Foundation has partnered to launch a $3 million liquidity incentive program that will distribute 2 million ALGO to the user of Algofi in Q1 of 2022.
Read more
CryptoCurrency News